Nine out of ten Irish schools are run by the Catholic Church and from now on they will not be able to turn away non-Catholic children. 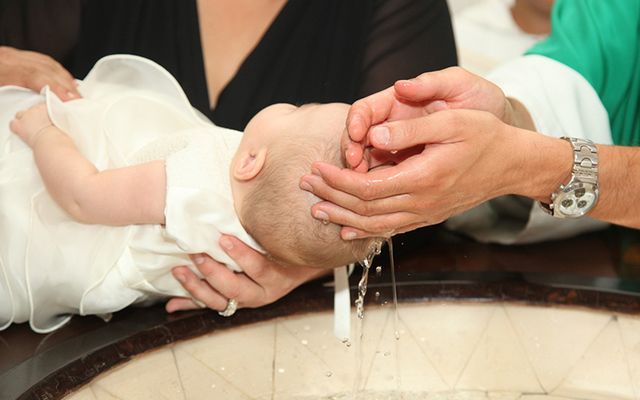 A baby being baptised. iStock

The Irish Government has announced it will soon legislate to end the right of Catholic schools to demand a baptismal certificate for children seeking a place.

Education Minister Richard Bruton said he would not bring about an outright ban on religious admission codes and that the ban would only apply to Catholic schools. Schools with a minority religious ethos – mostly Protestant schools – will continue to be allowed to favor children from their own religion.

More than nine in ten schools in the Republic remain under the patronage of the Catholic Church, but Irish society is becoming increasingly pluralistic, according to recent Government censuses.

In 2006, 87% of respondents said they were Roman Catholic but in the census last year that figure had fallen to 78%.

In the same period, the number of people who said they were of “no religion” jumped from 4% to 9%.

Moreover, the practice of baptizing babies into the Catholic faith by only nominally religious parents in order to ease that child’s entrance into their local school is now a well-practiced tradition in Irish society.

My preference is to remove use religion as criteria in admissions except in only a very small number of schools, of minority religion

I don’t believe parents, who might otherwise not do so, should feel pressure to baptize their children to gain admission to local school

Bruton told the Oireachtas (Congressional) Committee on Education that the Government would seek to amend existing equality legislation, not by amending the Irish Constitution with a referendum.

"I believe it is unfair that preference can be given by publicly-funded denominational schools to children of their own religion who might live some distance away, ahead of children of a different religion or of no religion who live close to the school," Bruton told the Committee.

"I also believe that it is unfair that some parents, who might otherwise not do so, feel pressure to baptize their children in order to gain admission to their local school."

Similar efforts by Bruton’s predecessor, Ruairi Quinn, were mothballed after lawyers warned it might breach parents’ constitutional rights and be struck down by Ireland’s Supreme Court.

That line of attack was used by David Quinn, who works as Director of the Catholic-ethos Iona Institute, who asked the minister via Twitter whether his plan was constitutional.

“If a Catholic parent can't get their child into a Catholic school does this breach their constitutional right?” he tweeted Richard Bruton.

“Under @RichardbrutonTD plan, Catholics schools will sometimes have to turn away Catholic children. In UK this does not happen.”

The Government’s legal advice is now that changes are constitutional and they will press ahead.

Michael Barron of EQUATE, a group that campaigns to reduce the influence of the religion in Irish schools, said that, “If as stated, over 90% of schools will no longer be able to use religion as a criteria for admissions then this is a positive step.

“Families should not feel pressured to baptize their child in order to gain entry to their local school. At present, our independently commissioned research has shown that 24% of people would not have baptized their child if they didn’t need it for entry to school so the time for change is well past due.”

Admission to Schools Bill has just passed Dàil committee stage. Thanks to Oireachtas Education Committee and to all officials

Atheist Ireland, however, labeled the plan, “an unjust fine-tuning of an already unjust religious discrimination.”

Adding, “It would also legitimize the discrimination that State-funded Church of Ireland schools currently implement against members of other minority Christian denominations such as Evangelicals.