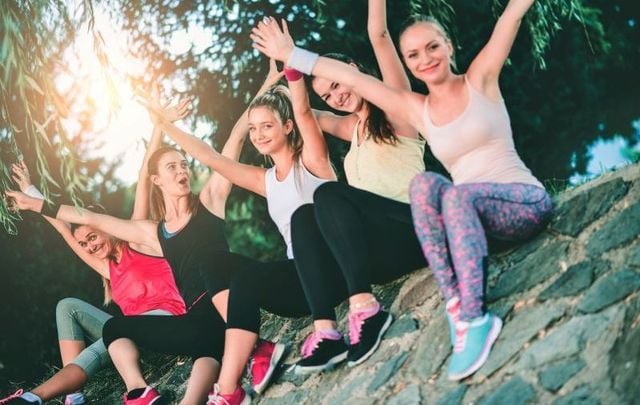 Catholic mom Maryann White has penned an open letter about what she calls “the legging problem” to the University of Notre Dame student-run newspaper The Observer.

In her letter which was published on March 25, White, a mother of four sons, urges women to reconsider their fashion choice of leggings.

“I’m just a Catholic mother of four sons with a problem that only girls can solve: leggings,” writes White, who says the fashion choice of leggings as pants “baffles” her.

White recounts how she and her family attended Mass at the Basilica and were seated behind “a group of young women, all wearing very snug-fitting leggings and all wearing short-waisted tops (so that the lower body was uncovered except for the leggings). Some of them truly looked as though the leggings had been painted on them.”

She says that women wearing leggings “makes it hard on Catholic mothers to teach their sons that women are someone’s daughters and sisters. That women should be viewed first as people — and all people should be considered with respect.”

“I wonder why no one thinks it’s strange that the fashion industry has caused women to voluntarily expose their nether regions in this way. I was ashamed for the young women at Mass. I thought of all the other men around and behind us who couldn’t help but see their behinds. My sons know better than to ogle a woman’s body — certainly when I’m around (and hopefully, also when I’m not). They didn’t stare, and they didn’t comment afterwards. But you couldn’t help but see those blackly naked rear ends. I didn’t want to see them — but they were unavoidable. How much more difficult for young guys to ignore them.”

"These are not just my sons — they’re the fathers and brothers of your friends, the male students in your classes, the men of every variety who visit campus. I’m fretting both because of unsavory guys who are looking at you creepily and nice guys who are doing everything to avoid looking at you. For the Catholic mothers who want to find a blanket to lovingly cover your nakedness and protect you — and to find scarves to tie over the eyes of their sons to protect them from you!"

White concludes her letter by saying: “Leggings are so naked, so form fitting, so exposing. Could you think of the mothers of sons the next time you go shopping and consider choosing jeans instead? Let Notre Dame girls be the first to turn their backs(ides) on leggings. You have every right to wear them. But you have every right to choose not to. Thanks for listening to the lecture. Catholic moms are good at those!”

Such a beautiful thing to see all the leggings love around campus and around the world today! (Shout out to our beloved...

The event page on Facebook, which lists 904 people as having attended, says “While well-intentioned, White's viewpoint perpetuates a narrative central to rape culture in implying that womxn and girls are responsible for the actions and reactions of others.”

“In response, we ask White and others offended by leggings to consider the harmful effects of telling people that they bear responsibility for others’ moral choices because of the way they are dressed.”

People of all genders shared on social media pictures of them wearing leggings with the hashtag #leggingsdaynd.

Similarly, another concerned mother, Heather Piccone, penned a separate letter to The Observer which was published on March 27.

In her letter, Piccone writes: "My daughter is not responsible for this woman’s sons’ thoughts or behaviors."

She adds: "I suggest this woman focuses on that with her sons; leggings are the least of this world’s current gender issues."

What do you think? Are women's leggings a "problem"? Share in the comments.