St. Mary's Church in Calton will unveil a five-meter steel structure remembering the 100,000 Famine immigrants who came to Glasgow in the 1800s. 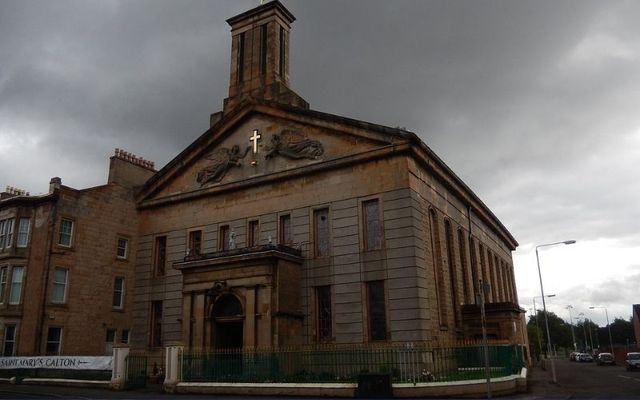 St. Mary's Church in Calton was the site of the first meeting of Celtic Football Club. AlasdairW/Wikimedia Commons

Local politicians and historians have criticized a Glasgow Catholic church's plans to unveil an Irish Famine memorial in an area of the city that has seen sectarian trouble in recent years.

St. Mary's Church in Calton will unveil a five-meter steel structure remembering the 100,000 Famine immigrants who came to Glasgow in the 1800s. The memorial is set to be unveiled during Orange marching season later this month.

"The Tower of Silence" will depict emaciated figures and will attempt to document the story of the Famine immigrants who made new lives in Glasgow.

However, some local politicians have described the plans as provocative after recent violent clashes in the area that allegedly involved Orange marchers.

For example, St Mary’s parish priest Canon Tom White said that he was spat on, verbally abused, and threatened with a baton by members of an Orange march after he said mass in 2018.

He also said that he and several worshippers at a nearby church came under attack from several people involved in an Orange march, although the Orange Order claimed that none of its members were involved in the incident.

One West of Scotland Member of Scottish Parliament (SMP) told the Sunday Times that the plans to unveil a Famine memorial will heighten tensions in the area.

"This project will do nothing other than foster division between communities in Glasgow and become a magnet for controversy. Its unveiling during the marching season in the West of Scotland will only heighten tension."

Meanwhile, historian Sir Tom Devine described the plans as "brazen" and questioned the motives of the project. He asked whether the memorial remembered all families who were devastated by the Irish Famine.

Devine pointed to the installation of a Famine memorial in Glasgow Green in 2018, which remembered all victims of the tragedy "be they Catholic Irish, Protestant Irish or Protestant Gaels".

"It was an explicitly inclusive commemoration of dreadful times and struck an emotional chord with people of all faiths and none. Now one organization brazenly announces a plan to soon establish, unhistorically, the ‘first’ memorial to the tragedy in the grounds of a Catholic church in Glasgow."

Devine also highlighted the unveiling of a Famine memorial at the Carfin Grotto in Lanarkshire by then-Taoiseach Bertie Ahern.

Jeanette Findlay, chairwoman of Coiste Cuimhneachain An Gorta Mór which is the organization behind the project, defended the plans for the Famine memorial.

"Some would regard as controversial anything that commemorates the plight of the Irish but getting our community involved, raising money for the project has been a positive experience for us," she told the Times.

Other organizers highlighted the history of St. Mary's Church, which is the site of the first meeting of Celtic Football Club. They said that the church was historically important to the Irish community in Glasgow and that it would be difficult to find controversy in the plans.