The Irish Famine Memorial located in Olean, New York, was shattered in March when a suspect lost control of their vehicle and crashed into the stone structure. 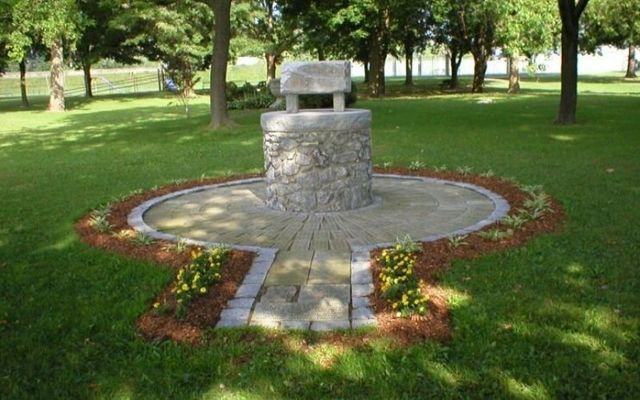 The Irish Famine Memorial in War Veterans Park in Olean prior to its destruction. @AMERANA/PINTEREST

The Ancient Order of Hibernians is asking for help in rebuilding an Irish Famine memorial that was destroyed when a vehicle crashed into it during a high-speed police chase.

The Irish Famine Memorial of the Southern Tier, located in War Veterans Park in Olean, New York, was shattered on March 28 when a suspect lost control of their SUV while being pursued by police and crashed into the stone structure.

Members of the Ancient Order of the Hibernians (AOH) are overseeing the restoration of the memorial.

“We had a lot of people reach out to us but there was a lot to figure out,” said Dan Dougherty, a member of the committee that will oversee the restoration. “We had some momentum with people wanting to do something.”

The AOH are hoping for a rededication in spring 2022. However, they do need help.

The structure was not insured because it is located on city property, the Olean Times Herald reports.

It will take an estimated $7,000 to repair the monument and almost all of the labor will be done by Hibernian members.

Hibernian committee member Kip Morrow said:” “We want to put it out there (that we’re looking for help). It’s going to be rebuilt.”

The memorial was dedicated in 2000 to mark the 150th anniversary of the Irish potato famine.

John P. Walsh, an Olean resident, was responsible for the building of the memorial.

“We chose to call it the Irish Famine Memorial for the Southern Tier because we wanted the Irish-American community from Jamestown to Hornell and from Ellicottville to Wellsville to identify with this memorial and to help us build it,” said John Walsh at the time.

Unfortunately, no plans or measurements were kept of the original monument, and the rebuilders will have to use photos from the Hibernian archives to help get it close to the original.

“It’s essentially going to look the same except maybe the plaque with John’s name,” said Dougherty. “It may go on the memorial.”

The top of the memorial included a remnant of the stone Penrose Quay in Cobb Harbor of Cork, Ireland, from where many Irish departed to escape the famine. The site also consisted of stones taken from the Battle of Antietam, where thousands of Irish American soldiers of the Irish Brigade died during the Civil War, and stones takes from the New Ireland settlement at what is now Allegany State Park in Upstate New York.