Archbishop of Tuam Dr. Michael Neary apologizes “for the hurt caused by the failings of the church.” 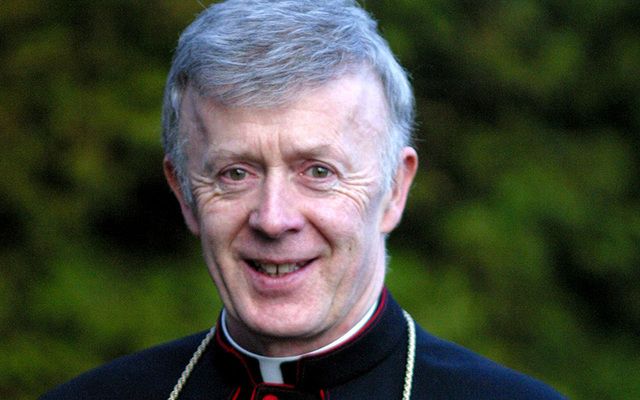 Archbishop of Tuam Dr. Michael Neary apologizes “for the hurt caused by the failings of the church.” RollingNews.ie

Two Irish Archbishops addressed the Tuam baby scandal in their homilies this weekend, both condemning the actions of the Mother and Baby home in the Galway town where a grave containing the bodies of 796 infants and children was confirmed earlier this month.

In his homily delivered at St Mary’s Pro-Cathedral in Dublin on Sunday evening, Archbishop of Dublin Diarmuid Martin, stated that all must be done to ensure the full truth of the mother and baby homes is known, calling for a full investigation into practices of the time.

“When an institution becomes trapped within its own self-interest, inevitably there will be those who begin to think that they can act as they wish and can even think and claim that, in doing things as they wish, they are doing the work of the Lord,” he said.

“It is not something that can be wallpapered over or interpreted by clever spin-doctors.

“Everything must be done to enable the truth to emerge. We must confess the role of the church in the building up of a culture which failed to recognize the presence of Jesus in the smallest and the weakest.”

Archbishop of Tuam Dr. Michael Neary delivered his second homily on the scandal also over the weekend, where he, too, call for a full investigation and for a wider focus to be given to the ongoing inquiry.

“I wish to again apologize for the hurt caused by the failings of the church as part of that time and society when, instead of being cherished, particular children and their mothers were not welcomed, they were not wanted and they were not loved,” he said.

Having previously stated he was “horrified and saddened” at the confirmation that “significant” remains were found in Tuam he also stated that he felt some of the highly emotional language being used since the grave was confirmed was “understandable” but that it could be “counter-productive.”

Just over a week ago, the “significant” number of remain were confirmed by the government-appointed Commission of Inquiry following the tireless work of local historian Catherine Corless who had obtained death certificates for almost 800 children who were in the Tuam home between 1925 and 1961 and wished to confirm that this was their burial site.

She has welcomed the words of Archbishop Neary, thankful for the admission that the Church and State were involved in covering up the deaths of hundreds of young children.

“Up to now the archdiocese had been saying it had nothing to do with it, but this is an admission that church and State were involved,” Corless said.

The Irish government has very strongly stated in the past week that the Church will be confronted with a bill to meet their share of the cost of compensating victims of abuse, Minister for Health Simon Harris even claiming that the state may seize Church lands to make the payments.

Minister Harris has stated there is “significant merit” in looking at seizing hospital and school lands owned by the Church to foot the bill.

“What we have to do is look at what we can do and there is significant merit at looking at hospital land and looking at school property,” said Harris.

“What I have been thinking about in recent days is what levers are at the disposal of the State.”

“There is an outstanding amount under the existing agreement [a deal made in 2002] and the current contribution sought from the Church is pathetic and paltry and the fact they haven’t even paid that is going to be pursued immediately,” he continued, hoping that “the next time they [religious leaders in Ireland] make a homily and contribute to this public debate, they would call on all religious institutions to pay up and that call should go all the way to the Vatican.”

'I'm not here for tea, I'm here for answers'
Ireland can learn a lot from #CatherineCorless's attitude to meeting with Archbishop of Tuam. pic.twitter.com/JkVYunD4Fs

To date, religious orders have contributed just 13 percent to the compensation fund.

Controversial priest Father Brian D’Arcy also addressed the Tuam scandal in his Sunday World column yesterday, asking how a pro-life culture was to be created in Ireland when mothers and babies were treated this way.

"Saying 'blame the nuns' is an easy option. The people who ran the Mother and Baby homes, including the nuns, did much great work,” he wrote.

"But what happened to their sense of decency and common sense when they disposed of dead babies in a septic tank?

"There is no justification for that. Why was it that none of those brave carers and nuns shouted stop?

"It went on for years. It's hard to imagine none of the nuns thought how cruel, how demeaning, how wrong it was to show such disrespect to dead babies and their distraught mothers.

"It makes a mockery of all the other, good work they undoubtedly did.

"This was a time when religion ruled (all religions) and when governments acted as moral guardians. It is often referred to as the 'good old days'.

"If this is what religion meant in the good old days it's no wonder there is so little of it around now.

"There were many who knew and decided to say nothing.

"How can we establish a pro-life culture if this is how we treated the most vulnerable mothers and babies?

"It was plain that society decided that babies within marriage were more important than babies born outside of wedlock."

What actions do you think the Church should now take following the latest revelations? Would you agree that some of their assets should be seized for compensation money? Let us know your thoughts in the comments section.