A 17-year-old in Ireland has been sentenced to life in prison after he pleaded guilty to the murder of 20-year-old Cameron Blair. 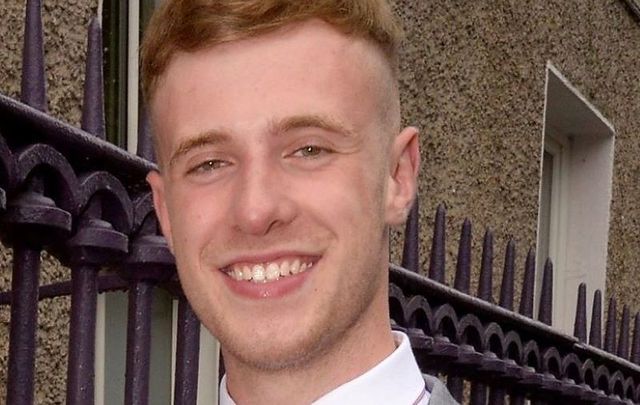 Cameron Blair, 20, acted as a "Good Samaritan" the night of his murder. Bandon Rugby, Facebook

The 17-year-old who fatally stabbed 20-year-old Cameron Blair at a house party in Co Cork in January has been sentenced to life in prison.

The 17-year-old, whose name has not been made public as he is a minor, pleaded guilty last month to murdering Blair on January 16, 2020.

On the evening of his death, Blair, who was a second-year student chemical engineering student at Cork Institute of Technology, had been acting as a sort of gatekeeper for a house party that was being held on Bandon Road in Co Cork.

Blair was described in court as a "Good Samaritan" and a "peacemaker" during the hearings. The 20-year-old had reportedly welcomed the accused and his two friends, at the time all strangers to Blair, into the house party, insisting that they were "sound."

The accused, who had a knife with him, later became paranoid and in what was described in court as a “moment of madness,” lunged forward and stabbed Blair in the neck.

Witnesses say that Blair did not realize he had been stabbed before he fell unconscious and was transported to Cork University Hospital. Blair told his friend “Don’t worry lad, I don’t want to be fighting” before he smiled and closed his eyes.

A keen sportsman, Blair was remembered by his Bandon Rugby Club as having left an "indelible mark on anyone he met:"

It is with great sadness that we at Bandon Rugby Club learn this morning of the untimely passing of one of our members...

The convicted murderer is set to be detained at Oberstown Children Detention Campus in Dublin until he turns 18 next month, at which point he will be transferred to an adult prison. His life sentence will be up for review in November 2032, but the presiding Justice Paul McDermott said he must serve a minimum of 13 years.

Justice McDermott, who handed down the sentence at the Central Criminal Court in Dublin on April 20, said that “the deliberate recourse to knives by young men must be deterred and the public must be protected.”

After the sentencing, Aidan Donnelly, Cameron’s uncle, read a statement on behalf of Cameron's family: “As you can imagine the murder of our beloved son Cameron and everything that has followed since has been a very harrowing time for us and all our family."

'Cameron we miss you terribly, you will never be forgotten... we thank you for the joy and love you brought into our lives' - Aidan Donnelly, uncle of Cameron Blair, read a statement on behalf of his family outside the Central Criminal Court | Read more: https://t.co/mKHXvQkB0n pic.twitter.com/aYeAn2sSrT

“Today has been equally distressing but we welcome the conclusion of this aspect of the investigation into Cameron’s cowardly murder.

“The life sentence handed down today will not bring our beloved Cam back but will hopefully give some comfort if not now then over time.

“It is just over three months since our son was murdered. Having pleaded guilty we were told that due to the fact that the accused was a juvenile he had to be sentenced prior to his 18th birthday resulting, it appears to us, in the case being expedited through the courts. This allowed little time for us to grieve as a family. We believe that this is something that needs to be examined and ask that appropriate authorities look into this."

The family expressed their gratitude to the gardai members who “worked tirelessly in seeking justice for Cameron,” the counselors who assisted them, their legal team, and their local friends and family. Touched by the outpouring of kindness, Cameron’s mother previously remarked: “When I look around me here at all that people are doing for us now, their kindness, their support, I know that there is more good in the world than bad.”

Donnelly concluded: “Cameron, we miss you terribly, you will never be forgotten, you will always be remembered. In your short 20 years, you did a lot, we did a lot and we thank you for the joy and love you brought into our lives. Until we meet again, rest easy in peace Cam.”

The family said they will not be making any further comments at this time and request that their privacy be respected.