Four people have been arrested in connection with the murder of Robbie Lawlor on Etna Street in the Ardoyne area of Belfast at 11:50 a.m. on Saturday morning. 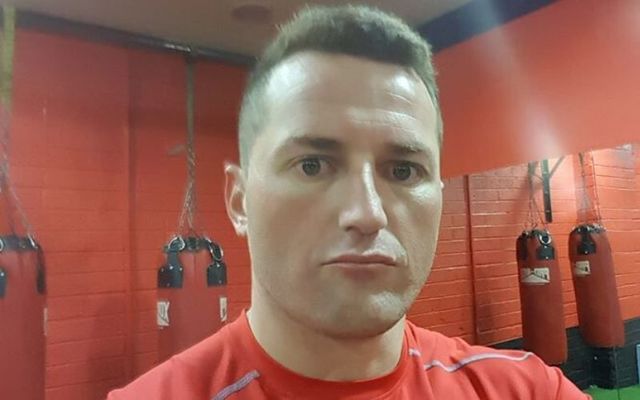 A Dublin criminal suspected of murdering and dismembering teenager Keane Mulready Woods was shot dead outside a home in Belfast on Saturday.

Four people have been arrested in connection with the murder of Robbie Lawlor on Etna Street in the Ardoyne area of Belfast at 11:50 a.m. on Saturday morning.

Lawlor was reportedly shot multiple times at close range in front of a number of families in their front gardens.

The 35-year-old was a suspect in the murder and dismemberment of teenager Keane Mulready Woods in Drogheda last January.

The gruesome murder rose to national attention when the 17-year-old's dismembered body parts were found in a sports bag in a Dublin suburb. Police found more of his DNA inside a burning car in Dublin.

Robbie Lawlor was well known to Gardaí, and he was involved in a number of serious criminal enterprises.

He had more than 100 prior convictions and was only released from prison last December.

Lawlor was a senior figure in a Drogheda gang and Gardaí warned him that his life was in danger before he traveled to Belfast.

Gardaí also believe that Lawlor was involved in at least three other gang-related murders.

The PSNI arrested three men on Saturday afternoon and arrested a fourth suspect on Sunday morning in connection with the murder.

Police believe that the men traveled to Belfast with Lawlor and they are being detained and questioned at Musgrave Police Station.

The PSNI's Detective Superintendent Jason Murphy condemned the "callous" murder. He said that the murder recklessly and needlessly risked the lives of innocent bystanders.

“I am astounded by the recklessness of the killer or killers. Not only did they carry out this callous murder leaving a family experiencing their worst nightmare, but they did not care that children and other members of this north Belfast community were placed at risk," he said, according to The Irish Sun.

He said that the murderers were selfish and placed added strain on Northern Ireland's emergency services in the midst of the coronavirus pandemic.

“Those involved in this murder selfishly gave no thought to the impact on frontline emergency services who are already working hard to keep people safe with an already stretched resource."

Murphy appealed for anyone with information about the shooting to come forward.

“I know the community is in shock at the moment but I would appeal to anyone who has information about this appalling murder to bring that information forward to the police so that we can remove this dangerous gunman and his associates from the streets.

“I am aware the area was busy with pedestrians and people out in their front gardens so I am asking anyone who may have captured any footage of the incident to please make that available to us also.