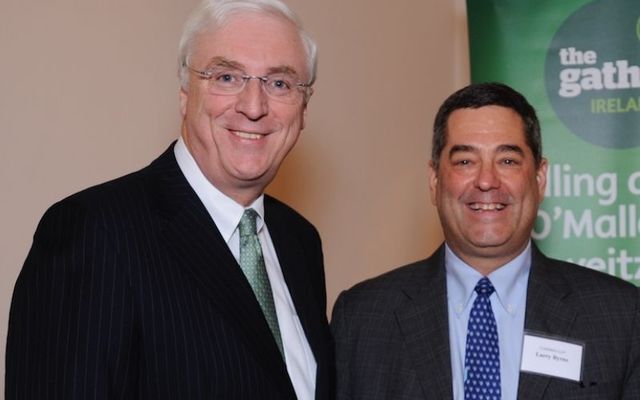 LARRY Byrne, the brother of the slain NYPD rookie cop Eddie Byrne, whose murder at the hands of drug assassins in 1988 in Queens outraged the city and attracted national attention, has died.  Byrne passed away on Sunday at the age of 61 from a heart attack which he suffered on Thursday in his Manhattan home.

“It is with great sadness that we learn of the passing of former Deputy Commissioner Larry Byrne. Brother of slain NYPD Officer Eddie Byrne, he went on to become one of the NYPD’s top legal minds & continue his brother’s legacy of service. Rest in peace Larry,” NYPD Commissioner Dermot Shea tweeted on Monday.

It is with great sadness that we learn of the passing of former Deputy Commissioner Larry Byrne.

Brother of slain NYPD Officer Eddie Byrne, he went on to become one of the NYPD’s top legal minds & continue his brother’s legacy of service.

Byrne, a former prosecutor in the U.S Attorney’s Office and an assistant U.S. attorney for the Southern District of New York, who worked in private practice for many years before joining the NYPD in 2014 at the behest of then-Commissioner William Bratton as deputy commissioner for legal matters, was a fierce advocate on behalf of Eddie’s legacy.

Only 22 when he was shot to death in a marked patrol car while watching the home of a witness due to give testimony in a drug case, Eddie’s murder shone a harsh light on the raging drug epidemic in New York at the time.  President Ronald Reagan phoned the Byrne family to offer condolences, and as Byrne told the Irish Voice during a 2012 interview, “Eddie’s sudden death ushered in a new wave of awareness about drug and gun violence that proved to be a catalyst for all kinds of positive change in New York City and well beyond.

“Because of what happened to my brother many good things have been done.  That gives my parents some comfort, but it doesn’t replace the loss of a son. From small things like the football stadium at Plainedge High School named after my brother, to a public school in the Bronx named after him, to a federal law enforcement program named after him that has given hundreds of millions of dollars to police departments across the country, something positive came out of something really awful.”

Every two years, Byrne led the campaign to ensure that Eddie’s killers – four of them, each sentenced to the maximum penalty at the time - 25 years to life - remain ineligible for parole.  They are entitled to parole hearings every other year, and Byrne continually ensured that enough testimony was presented to the parole board to convince members to keep the killers behind bars.

“The parole board today can influence but doesn’t determine what a parole board can do in years to come,” Byrne told the Irish Voice. “Someone years from now on the board will have never heard of Eddie Byrne, and wouldn’t know how violent New York City was in the eighties, and would have been born long after my brother was killed.”

Byrne was an annual member of the Irish Legal 100 and always enjoyed celebrating his Irish roots.  He visited Ireland several times; his paternal grandparents were from Co. Wicklow.

Byrne left his post as NYPD deputy commissioner in 2018 to rejoin the Freeh Group headed by his friend Louis Freeh, a former director of the FBI.   He was fondly remembered by many top law enforcement officials, including Preet Bharara, the former U.S. attorney for the Southern District of New York who tweeted, “RIP my friend and colleague, Larry Byrne.”

Bratton also remembered Byrne.  “An extremely generous man, Larry dedicated much of his time volunteering on the board of the Police Athletic League…I was fortunate to have his legal guidance and creativity that were both essential in the success of my administration as NYPD commissioner.”

Byrne is survived by his wife Lynn and three sons. He will be waked on Thursday, December 10 from 2-4:30 p.m. and 7-9:30 p.m. at Chapey & Sons Funeral Home, 20 Hicksville Road in Bethpage, Long Island.  A funeral Mass will take place the following day at St. James Catholic Church, 80 Hicksville Road, Seaford, Long Island at 11:30 a.m.