The number of British applying for Irish passports continues to rise. 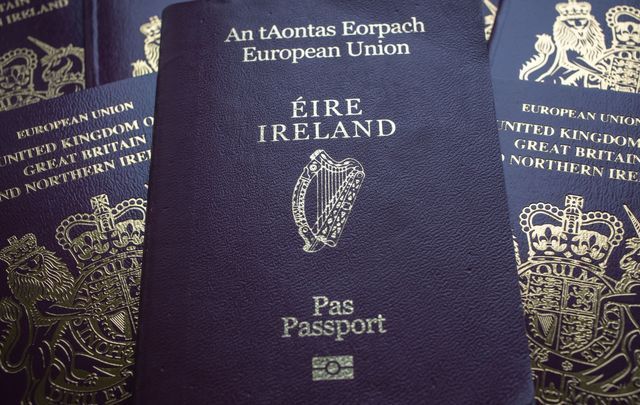 More than 158,000 people from the UK have applied for an Irish passport this year. Getty Images

The number of British applying for Irish passports continues to rise.

More than 158,000 people from Northern Ireland and Britain have applied for an Irish passport so far this year, The Irish Times reports.

These figures from Ireland’s Department of Foreign Affairs show a significant rise in the number of applications from the UK following the Brexit vote in 2016.

Applications from Northern Ireland have also doubled, with 41,124 applications received in 2012 compared to 85,180 this year.

“This is evidence of the impact of Brexit on the thinking of many members of the Irish diaspora living in Great Britain, and I suspect of many unionists living in Northern Ireland who want to retain their citizenship of the European Union,” said Collins.

Read More: Will an Irish passport be really worth this much after Brexit?

“It will be interesting to note the number of applications for Irish passports after the UK officially leaves the union at the end of March 2019,” he said.

“The full ramifications of what leaving the union, and in particular giving up the automatic right to free movement across the EU, means may only become apparent when reality bites.”