Irish microbiologist Professor Donald McDonnell says that incredible strides are being made at curing breast cancer, and that a vaccine could become a reality. 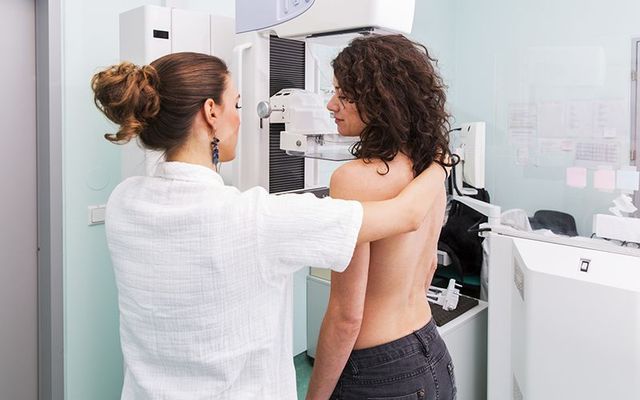 Professor Donald McDonnell has offered promising news in the fight against breast cancer.

"Breast cancer vaccine is again considered to be a reality," positive data from collaborative initiatives suggests, Prof McDonnell told WRAL News in the US this week.

McDonnell, a native of Co Limerick, is now a molecular biologist based at Duke University in the US. He delivered a keynote address at the Dublin Steroid Cancer Conference at the Royal College of Surgeons in Dublin on Wednesday, October 19.

He told the Irish Times ahead of his keynote address: "We’re going to get much better at improving resilience while you have breast cancer and at treating it as a chronic disease.

“Incredible strides are being made at curing it."

Prof McDonnell acknowledges while he used to avoid the term 'cure,' he now tentatively uses it.

Speaking on RTE Radio on Wednesday, he said: "People whose tumors are detected early, we can make it so that they never hear about cancer again, so essentially that's a cure.

"But people who have cancer that have spread outside of the breast, they're the ones that only until relatively recently started using the word 'cure.'"

"What came from COVID was the technology where we can actually test lots and lots of combinations of different types of vaccine really, really quickly," he said.

He went on to say that women who have a genetic predisposition to breast cancer but haven't developed cancer yet "would be absolutely perfect for the vaccine because what you're trying to do is prevent something that may come or that is likely to come."

Prof McDonnell also spoke to the importance of early detection.

"97% of women whose tumors are detected by mammography will never hear of the word cancer again after they've had their definitive surgery and maybe some endocrine therapy," he said.

"I know that we all know people who have unfortunately succumbed to cancer,  and people who are suffering with cancer right now, and we are doing the absolute best and there has been phenomenal progress made in developing treatments for those patients.

"But I want people also to realize that through efforts of the American Cancer Society, breast cancer researchers in America, the Irish Cancer Society, and also Breast Cancer Research Ireland, people are doing the right thing, they're getting detected early.

"When they get detected early by mammography, we can do something about it."

According to Breast Cancer Ireland, 3,700 new cases of breast cancer are diagnosed in Ireland each year. One in nine women will develop breast cancer in their lifetime, while the incidence of male breast cancer is one in 100.

Breast Cancer Ireland says the following are signs and symptoms of breast cancer: lump in the breast or armpit; dimpling or retraction of the nipple; change in the skin around the nipple or discharge; puckering of the skin of the breast; unusual increase in the size of one breast; one breast unusually lower than the other; enlargement of the glands; unusual swelling in the armpit.