Northern Ireland’s Public Prosecution Service said there is "insufficient" evidence to "provide a reasonable prospect of conviction" of any of the 15 British soldiers. 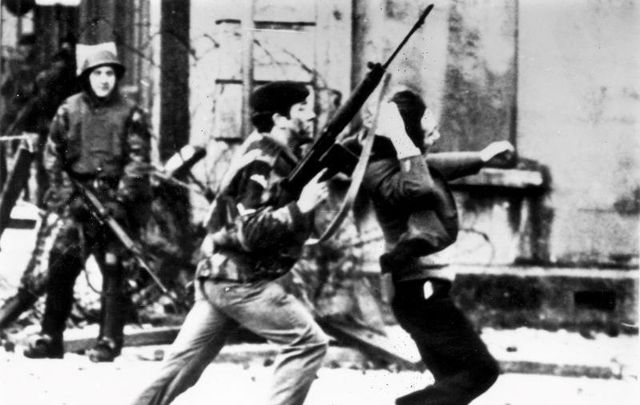 Prosecutions against “Soldier F” for his actions on Bloody Sunday will continue, though he will not face additional charges.

Northern Ireland’s Public Prosecution Service (PPS) announced on Tuesday that it will uphold its March 2019 decision to not prosecute more British soldiers in relation to the events of Bloody Sunday that occurred in Derry on January 30, 1972.

In a statement issued on September 29, Northern Ireland’s PPS said that all of the reviews were conducted by PPS Senior Assistant Director Marianne O’Kane, who was not previously involved in the cases.

O’Kane said in a statement on Tuesday: “In March 2019, the PPS engaged extensively with the families of those killed and injured on Bloody Sunday to explain the reasons why the original decision-maker concluded that the available evidence did not meet the Test for Prosecution for all but one suspect reported.

“Given the importance of these decisions to all affected by them and the extensive public interest in the events of Bloody Sunday, the deep disappointment felt by many families at that time was wholly understandable. This was despite assurances received from the PPS that its decision-making had been conducted in an independent, fair, and impartial manner. It was therefore also understandable that a number of the bereaved families and injured victims subsequently exercised their right to request a review of decisions relating to 15 of those suspects originally reported.

“The reviews process began substantively in November 2019, after receipt of all legal submissions, and involved applying the Test for Prosecution afresh to all available evidence submitted by the Police Service of Northern Ireland (PSNI) from 2016-17.

“I have concluded that the available evidence is insufficient to provide a reasonable prospect of conviction of any of the 15 soldiers who were the subjects of the reviews. Accordingly, the decisions not to prosecute these 15 individuals all stand.

“I know that today’s outcome will cause further upset to those who have pursued a long and determined journey for justice over almost five decades.  I can only offer reassurance to all of the families and victims of Bloody Sunday, and the wider community, that my decisions were conducted wholly independently and impartially, and in accordance with the Code for Prosecutors.

“Finally, it is important to note that while Soldier F is among the 15 individuals to which these new decisions relate, the prosecution that commenced against him in 2019, which relates to two charges of murder and five charges of attempted murder, continues.”

The original decision, which was announced by Director of Public Prosecutions for Northern Ireland Stephen Herron in March 2019, said: “It has been concluded that there is sufficient available evidence to prosecute one former soldier, Soldier F, for the murder of James Wray and William McKinney; and for the attempted murders of Joseph Friel, Michael Quinn, Joe Mahon, and Patrick O’Donnell.

On January 30, 1972, British soldiers opened fire on unarmed civilians in the Bogside area of Derry who were marching in a protest against internment without trial. 26 people were shot - 13 people died on that day, and one person died months later from his injuries. The event is considered the worst day of violence during Northern Ireland’s period of The Troubles.

The Saville Inquiry, published in June 2010, concluded that "The firing by soldiers of 1 PARA on Bloody Sunday caused the deaths of 13 people and injury to a similar number, none of whom was posing a threat of causing death or serious injury."

In 2016, twenty suspects were reported to the PPS by the PSNI [Police Service of Northern Ireland] in relation to the events on the ground on Bloody Sunday. This included 18 soldiers, one of whom has since died, and two Official IRA suspects. The first file from police was received by the PPS in November 2016, with further files submitted in 2017. 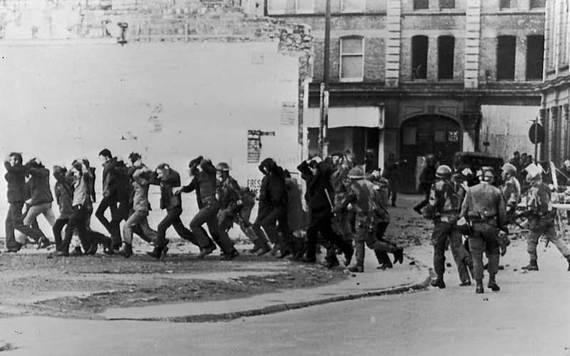 Scenes from Bloody Sunday in Derry on January 30, 1972. (Getty Images)

"British justice has let us down again"

After the announcement on Tuesday, Kate Nash, whose brother William was killed and father was wounded on Bloody Sunday, said in a statement that she plans to challenge the decision: "It is deeply disappointing that after a further review and a further delay the correct decision has still not been reached.

“It is clear from the decision letter sent to me that the PPS have failed to consider the collective actions of the Soldiers, and instead, allowed each of them to act with impunity based on the fact they cannot be sure which one of the three fired the fatal shots.

"This is no excuse when all three acted as a joint enterprise in committing murder.

"It is now clear from the decision letter that the PSNI had failed to include misconduct within their original investigation and as such I have today asked my solicitor to write to the PSNI asking for this charge to be considered without delay, in light of the PPS comments.”

Nash additionally said in a tweet that she and the other victim's families have been let down again by British justice:

British justice has let us down again but these steps we have to take in this process . Misconduct in Public Office and failing to look at joint enterprise in regards to soldier P - the suspect in my Brothers murder and my Fathers wounding . Once again into the breech . ?

John Kelly, whose 17-year-old brother Michael was killed on Bloody Sunday, said on Tuesday: “We had a wee bit of hope but it disappeared this morning whenever we found out the outcome of the review.

"But we’re not surprised to be truthful, we had a fair inkling naturally, we’re dealing with an injustice on Bloody Sunday and the PPS is certainly not helping us, they’ve let us down.”

Kelly added: “The next step now is the High Court for a judicial review of the PPS outcome. Therefore, we’re never going to give up on it.

“That has to be done within three months, that is more or less prepared and ready to go. That could be by the end of this year or start of next year depending on COVID-19.

Nash's lawyer Darragh Mackin of Phoenix Law Belfast said after the decision was announced: "It is clear from the PPS decision today that all of the charges have not been considered in this review.

"In light of the contents of this recent decision, we now intend on asking that the PSNI [Police Service of Northern Ireland] conduct an urgent investigation into the charge of misconduct in public office given its clear exclusion in the first instance.”

Ciaran Shiels of the law firm Madden & Finucane, who represent the majority of the victims of Bloody Sunday, said: "Today’s decision by the PPS to uphold its original decision and to bring no further prosecutions is deeply disappointing for the families and wounded who are left with the firm conclusion that members of the Parachute Regiment have effectively gotten away with mass murder.

"They are left with no alternative now but to consider challenging these decisions in the High Court by way of judicial review proceedings.”