78-year-old blind Northern Irish man Eric Smylie was left to fend for himself in Paris after he was removed from his easyJet flight home to Belfast. 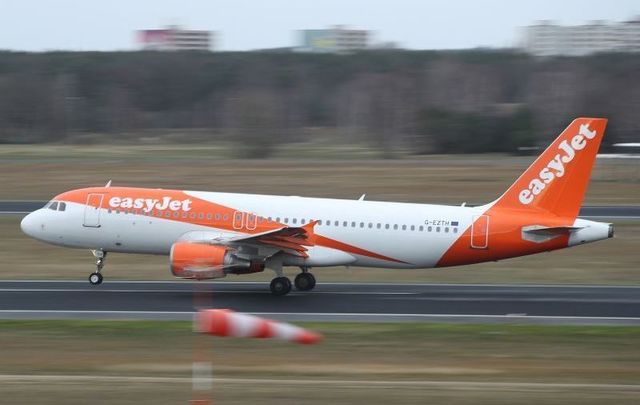 easyJet is accused of taking an elderly, blind man off of his flight home to Belfast and leaving him to fend for himself in Paris. Getty Images

Blind man Eric Smylie, 78, was left to fend for himself in Paris after being taken off of his easyJet flight home to Belfast

Eric Smylie, a blind, elderly man from Lisburn in Northern Ireland, is recovering after he was left alone to fend for himself after being turned away from his easyJet flight from Paris home to Belfast.

Belfast Live spoke with 78-year-old Smylie who is still distressed after the incident. He said: “I’m blind, diabetic and I have COPD, so being left in Paris on my own has been a terrifying experience. I keep reliving the panic attacks.

“I’m still shaking about it, I’ve lost my appetite, my confidence has gone and I feel nervous and afraid. My wife Meta who’s very ill didn’t know if I was dead or alive. Neither of us will get over this.”

Smylie and his carer Davey Pogue had traveled to Paris on easyJet airlines for the Prix de l’Arc de Triomphe on October 4, and the duo was supposed to fly home on Monday, October 7.

However, when they boarded their easyJet flight to go back to Belfast, Smylie and Pogue claim they were accused of having “drink taken,” removed from the flight by stewards, and handed over to French police who separated the two men.

Smylie said Pogue “was assisting me to the plane but when we got to the doorway one of the staff told Davey we couldn’t come on board because we’d drink taken.

“Davey said we’d had three drinks and he was very annoyed and challenged them. The whole thing blew up. But the air stewardess said we had to go. There was a whole row. Davey was very upset because he felt responsible to get me home to Meta [his wife] safely.

“We were not drunk," Smylie insists. "We’d had three pints of beer in the airport. Some other passengers from Northern Ireland stood up to try to help us and said it was obvious we weren’t drunk.

“Then the easyJet staff told us we had to go and they’d called the police. So we got booted off the flight and handed over to French police."

Pogue later said: "I was furious and there was a big row because they just wouldn’t let us on board. The woman said we’d been swaying. I told her she’d sway too if she was holding the arm of a blind man who is not too firm on his feet, while carrying our bags on a walkway to a plane.“

"We were handed to police and I was seen by a French doctor who said my blood sugars were low and he gave me a solution to drink to bring them back up to normal. I stayed in a cell for a few hours and they offered me a dinner in tin foil which I refused. Then they said to go. I couldn’t find Eric. It was a disaster - and very frightening for him."

The two men were separated without any way to contact each other in a country where neither knew the language. While Smylie was forced to make his way to a hotel for the night, Pogue stayed in a police cell.

“I was shocked beyond belief," Smylie says. "I found out later Davey was put in police cells and I ended up in the Holiday Inn Express. I was terrified. I couldn’t understand anyone or see anything.”

Smylie said he left his hotel room at just after 6 am. Having not been able to locate his phone charger, he was not able to call his wife Meta who was at home not knowing the situation. Smylie was also not able to find his insulin.

Smylie said: “I lay in the room and wept. Poor Meta was at home and didn’t know if I was alive or dead. All she knew was that I was missing and so was Davey. She kept trying to phone me but my phone battery was dead. When Davey got his phone back he had 52 missed calls.”

Unable to contact each other, Smylie and Pogue each made their way back to Charles de Gaulle airport in another attempt to go home.

At the airport, someone helped Smylie to the easyJet desk where he was devastated to learn that there were no flights to Belfast that day.

“I was so frightened,” Smylie recalls. “People helped me and eventually I got an Air France flight to Dublin for £290 and when I got to Dublin Airport someone took me to the bus stop to get to Belfast. I was in tears.”

Carine Duke, who assisted Smylie in after he arrived in Dublin, said: “I could see how upset and shaken he was and I was totally outraged and disgusted when he explained what had happened to him. How can it be acceptable to treat a blind and obviously frail pensioner like this?”

Of Carine, Smylie said: “Carine found me at the bus stop. She and another girl called Lisa, from Armagh, were so kind. Carine arranged a taxi for me to get me home. When I finally got there on Tuesday I almost collapsed and so did Meta.”

“This was one of the worst experiences of my life,” Smylie said. “Only for the kindness of strangers I’d never have got home. Why did easyJet do this? How is that to treat a blind and sick pensioner?”

Pogue eventually made his way home to Belfast via Manchester, all while not knowing where vulnerable Smylie was.

“It’s going to take time to get over this but I’m very worried for Eric," Pogue said. "He’s not well at all. We’d gone away to give him a break and he ended up terrified and I ended up in a police cell.

“I feel terrible. I should have been able to look after Eric better. I just cannot understand how easyJet can act like that. They labeled us drunk without knowing us or taking Eric’s physical ability into consideration. It was a disgrace.”

Read More: Irish woman forced to sit in her own urine for seven hours on Air Canada flight

A spokesperson for easyJet told Belfast Live: “We are very sorry that this incident has caused distress for Mr. Smylie and Mr. Pogue and we are investigating to fully understand what happened and see if any lessons can be learned.

“Unfortunately our customers did not contact us to let us know of their situation, so we didn’t offer assistance at the time.

“The safety and wellbeing of all our passengers and crew is our highest priority.

“We have contacted the French police to understand how the two men came to be separated after they were escorted from the aircraft."