The woman in her 80s was robbed as she received communion. 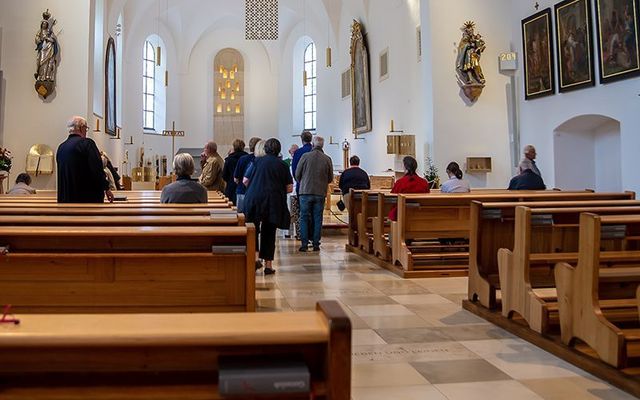 A woman in her 80s had her handbag stolen as she went to receive communion and a man had his phone pickpocketed during the Mass. Getty

Gardaí are investigating after two people claimed they were robbed during Mass in St. Mary's Roman Catholic Church on Trimgate Street in Navan.

A woman in her 80s had her handbag stolen as she went to receive communion and a man had his phone pickpocketed during the Mass.

Joe.ie report that investigations are ongoing as the local priest warns the public to be on their guard.

"I am upset and deeply annoyed that Mass in St Mary's Church - a time when parishioners gather as a community around the table of the Lord - should become an occasion for theft,” Fr Declan Hurley, Parish Administrator, told the Meath Chronicle.

"Thankfully our security camera system allowed the members of An Garda Síochana to identify the suspect immediately.

"I thank the Gardaí for their swift response to this incident and for their kindness to the victims involved.

"I take this opportunity to ask parishioners to be mindful of their personal belongings and to draw the attention of the Church stewards to any suspicious activity."

"This is definitely a new low for me.  I'm sure there has been thefts from churches before but this is the first time that I've ever heard of it happening while people went to receive Holy Communion,” Kerins said.

"Unfortunately nowhere is safe anymore and I would again remind people to be vigilant with their belongings at Mass and if they do leave them in a seat while going for Communion, maybe ask someone you know to keep an eye on them until you return."