Belfast Film Festival plan to show 'The Exorcist' and 'The Omen' in an abandoned Holy Rosary Church. 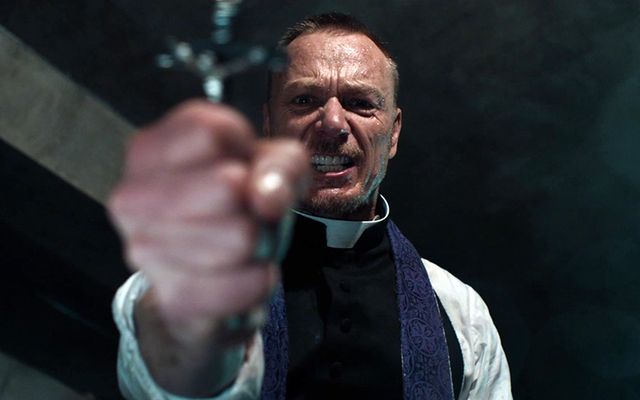 "The power of christ compels you": A still from The Exorcist.

A priest in Belfast has told the Irish Sunday Times he is horrified at plans by the Belfast Film Festival to show the horror films 'The Exorcist' and 'The Omen' in an abandoned Catholic church.

Father Patrick McCafferty said that showing the films in the former Holy Rosary Church on Ormeau Road, was “cynical and crass.”

“I think that showing these films in what was once a sacred place, that holds many memories for parishioners, is a really childish stunt,” Father McCafferty said.

“You wonder what the motives of the people at the film festival is and why they would choose a church in which to air these films. There’s a basic lack of sensitivity towards people who would have memories of everything from baptisms to weddings and funerals from inside that building.”

The Exorcist is billed as “one of the scariest films of all time” by the Belfast Film Festival.

A spokesman for the festival said, “The locations chosen add an extra dimension to the screening and we think the stone-cold surroundings of an abandoned church will make for a suitably chilling viewing experience for 'The Exorcist.'

“The building has been derelict for a long time and hasn’t been used as a church since 1980, almost 40 years ago, and is earmarked for future development as a Fratelli restaurant, so we’re glad to have this rare opportunity to screen the film there.”

Read more: Top ten movies which were banned in Ireland

Father McCafferty did add, “I've never seen 'The Exorcist' or 'The Omen,' but I know what’s in them.”

“They are not the sort of films that I would choose to watch myself. People have told me about the films and I would have seen bits about 'The Exorcist' – I just don’t understand why anyone would like to see it in a church.

“I have no problem with the church being turned into a restaurant. It has been closed for a long time . . . but the screening of horror films in there is another matter entirely.”

'The Omen' is the about a child who is marked with the sign of the Devil.

It is called “a landmark of satanic cinema” by the festival’s website, which says, “What better place to experience this stone cold classic than in the surrounds of an old abandoned church?”

Have your say. Should the satanic themed movies be shown?