Belfast cemetery offering virtual tours to people around the world

Dara Barrett has been taking visitors from the USA, Scandinavia, Spain, and other countries on a virtual tour of Belfast's City Cemetery during the COVID-19 pandemic. 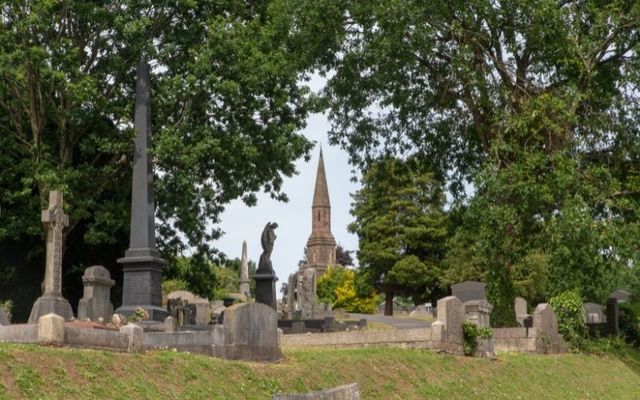 A Belfast cemetery worker is taking people from all over the world on a virtual tour of one of Northern Ireland's largest cemeteries.

Dara Barrett has been taking visitors from the USA, Scandinavia, Spain, and other countries on a virtual tour of Belfast's City Cemetery, which holds several persons of interest for anyone interested in the Troubles or the construction of the Titanic.

Barrett takes virtual visitors to the grave of the first victim of the Titanic - a catch boy who died in 1910 after falling from scaffolding during the Titanic's construction.

"Samuel Joseph Scott was the first ­Titanic victim. He was a catch boy for a riveting squad who fell from scaffolding in 1910 and died a few days later. He lay in an unmarked grave for 100 years," Barrett told the Sunday World.

He is also able to explain the background of Northern Ireland's first peace wall, which lies underneath the cemetery.

He told the Sunday World that the wall was placed underneath the cemetery at the insistence of the Catholic Church, who wished to separate Catholic and Protestant burials.

"The Bishop in the Down and Connor diocese insisted Catholics and Protestants should be separated by an underground wall the depth of a grave, and there was no way unbaptized children, prostitutes, or convicts were going on his side of the wall."

Barrett described the cemetery as an "open-air museum" and said that he was doing his best to ensure that the world could see it.

The tour guide had fortunately been building up a catalog of virtual tour footage for years before the outbreak of the Covid-19 pandemic.

He explained that he used to operate bus tours of Belfast City for cruise ship passengers, which were brought to a halt in 2012 when several "flag protests" broke out in the city in 2012.

"When the flag protests started in 2012 the tours stopped, so we put a camera on the bus and recorded all the footage."

He said that he discovered that he had enough footage to operate a virtual tour of City Cemetery for visitors from all over the world, although it has taken more than a year to get it up and running.

"In some ways, ­Covid has been a ­blessing to us," he told the Sunday World.

Our tourist season is short, from March to October, and on a walking tour, you might have 15 people.

"With Zoom and Teams, you can talk to people in America, Europe, anywhere."

Barrett said that his cemetery is the only cemetery in the world currently offering virtual tours to people from all over the planet.

"You could go to Madrid or Berlin and see the same tour buses, but everything is virtual now and we're the only people doing this."