From the Falls Road to the Big Apple. New York Post goes all-in on the Irish Southpaw 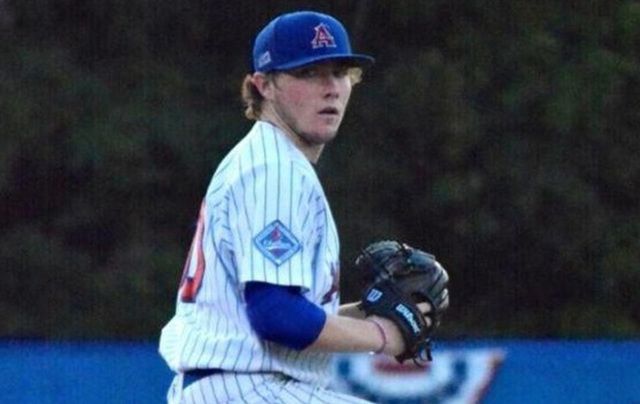 Right now, the rest of the world is catching up—FAST!

From the Falls Road to the Big Apple

“Conlon was born during The Troubles,” wrote Kernan, “a 30-year conflict that began in Ireland in the late 1960s. Conlon’s mother, Susan, was born in Scotland and his father, Patrick, was born in Ireland, but they met in California. They both moved there during their high school years and met during their college years. ‘My mom went to Fresno State and my dad went to Cal-State Fullerton,’ Conlon said. His dad is a P.E. teacher. His mom is a recreational therapist. ‘They got their citizenship after they came back with me.’

“Following college they moved to Belfast,” Kernan continued, “and in 1993, P.J. was born. ‘We lived on Falls Road in Belfast,’ Conlon told the Post. ‘It was during The Troubles over there, and my parents kind of decided the best decision, the safest decision, was to move to California. They were familiar with it and decided to move back when I was around 2.’

“When Conlon was 16, he visited Ireland with his grandparents and cousin. ‘We stayed in Belfast for a while, we went to Dublin, I got to see a lot of things like the house I lived in, the hospital I was born in,’ Conlon said. ‘We have a ton of family over there, so it was a really cool thing to be able to go. I’m hoping to go back sometime soon. I’m always getting calls from Ireland, they are sending me messages on Facebook, saying they are keeping up with my career and they are actually learning how baseball works and understand it. It’s pretty cool.’

“Baseball in Ireland is picking up, they have adult leagues, kids leagues and they have a National Team. I had the opportunity to play with Great Britain in the WBC last September, they were in the Brooklyn qualifier, but I had reached my innings limit.’’

How to describe Conlon’s 2016 season? It only takes one word—SPECTACULAR!

Splitting the year between Low-A Columbia of the South Atlantic League and High-A St. Lucie of the Florida State League, Conlon had a combined 12-1 won-loss record with a sparkling 1.65 ERA (Earned Run Average per game). At a time when major league pitchers make millions of dollars with an ERA over 4-per-game, Conlon’s ERA is astounding.

Along the way, Conlon also chalked up these achievements:

All-Star Without a Pedigree

What’s truly amazing about Conlon's rapid rise through the Mets' system is that he was not a high draft choice. He was chosen in the 13th round in the 2015 amateur draft, the 389th player in the country picked. However, he was lucky to be chosen by the Mets because they are known as an organization that excels in developing young pitchers. One only has to look at the Mets' staff of Noah Syndergaard, Jacob deGrom, Matt Harvey and Steven Matz to see how successful the Mets have been with young pitchers. “The Mets were the frontrunner,” Conlon told IrishCentral back in May. “I would have been more surprised if another team took me.”

Recently, Conlon heard very good news from the Mets—he was invited to spring training, something highly unusual for a pitcher just finishing A-ball. This is an indication that the Mets have an eye on him and he is on the fast track to the major leagues.

Conlon is not imposing physically. He is only 5’11” and 190 pounds. He does not throw very hard, probably maxing out in the low 90 MPH range (Syndergaard, in comparison, clocks in consistently close to 100 MPH). What Conlon has going for him is that he is left-handed and knows how to pitch. His future may be as a starter or perhaps as an invaluable LOOGY (or Lefty One-Out GuY), that is, a left-handed pitcher who can get lefty hitters out. Some LOOGYs have pitched into their 40s thanks to this special talent.

When asked if he preferred to start or relieve, Conlon told IrishCentral that he could “see myself doing either. I have the stuff and longevity to be a starter. I got a taste of pitching out of the bullpen in Brooklyn…I don’t have a preference of the two. My ultimate goal is to pitch in the Major Leagues.”

And that quest continues down in Port St. Lucie, FL in a few weeks when Conlon attends his first Major League training camp. He will start the season at AA Binghamton of the Eastern League. Last year Robert Gsellman of the Mets was in Conlon's position. By August he was pitching for the Mets at Citi Field in New York. That’s Conlon’s dream. And I wouldn’t bet against the kid from the Falls Road.

Dermot McEvoy is the author of the "The 13th Apostle: A Novel of a Dublin Family, Michael Collins, and the Irish Uprising" and "Our Lady of Greenwich Village," now available in paperback from Skyhorse Publishing. He may be reached at dermotmcevoy50@gmail.com. Follow him at www.dermotmcevoy.com. Follow The 13th Apostle on Facebook at www.facebook.com/13thApostleMcEvoy.