Linking 10 counties and four provinces, The Beara-Breifne Way was the largest community-based project undertaken in Ireland. 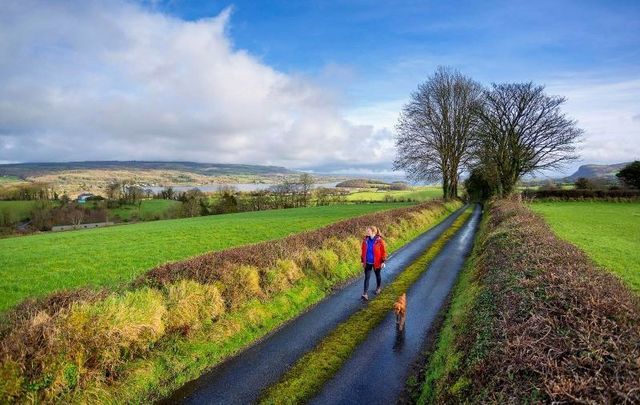 At 500 kilometers, The Beara-Breifne Way is Ireland's longest walking trail and allows walkers to hike from Cork to Leitrim.

Linking 10 counties and four provinces, the Way was the largest community-based project undertaken in the country. In local areas, it is divided into a series of smaller routes to make the walking trail more accessible and achievable, reports TheJournal.ie.

The walkway retraces the steps of O’Sullivan Beare in 1603 from Beara to Leitrim through farmlands, forest paths, remote bog lands, ancient heritage sites, unique villages, and landscapes. According to legend, Donal Cam, chieftain of the O'Sullivan Beara clan, and his followers undertook this epic 14-day-march in the aftermath of the Battle of Kinsale.

The Beara Breifne Way, which links counties Cork, Kerry, Limerick, Tipperary, Offaly, Galway, Roscommon, Sligo, Leitrim, and Cavan, also involves twelve local walking trails. One of the trails that joined to form the Beara-Breifne project was the Hymany Way in east Galway, which begins in Portumna and runs to Ballygar.

“The route is all marked out with plaques, signposts, and map-boards that tell walkers all about the surrounding local myths, ruins, various sites, nature, and hedgerows," said Pat Glynn, who helped establish The Hymany Way.

With the Beara-Breifne Way Heritage Stamps and Walking Passport, walkers can collect a stamp based on the heritage of each town and village they pass through.

Former Taoiseach (Prime Minister) Enda Kenny said in 2013 that the “development ultimately provides walkers and cyclists, either visiting Ireland or holidaying at home, with a unique experience of our countryside on a route through ten counties from Cork to Leitrim.

"It is great to see tourism infrastructure like this being delivered in the year of the Gathering 2013 and there is no doubt that projects like this will encourage continued growth for the future.”

You can plot your adventure along The Beara Breifne Way here.