Dr. Christian Jessen tweeted false rumors in 2019 that Arlene Foster was having an affair with her protection officer. 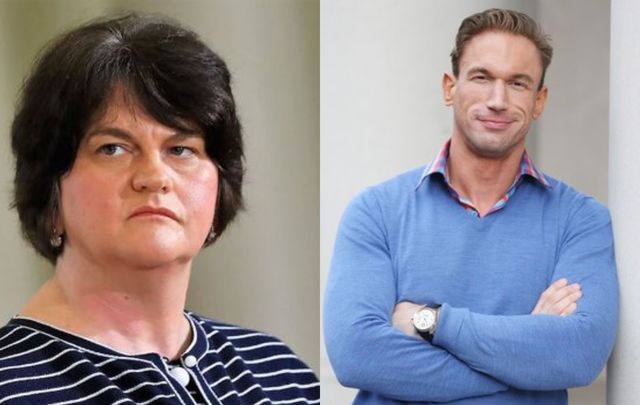 Arlene Foster, leader of the Democratic Unionist Party (DUP) and the First Minister of Northern Ireland, has taken a defamation case against TV doctor Christian Jessen on accusations he made of her marriage.

Dr. Jessen made unfounded claims on Twitter that Foster was conducting an affair with one of her protection officers. She told the High Court in Belfast that she was left humiliated by the false social media allegations and that she was forced to sit down with her husband of 25 years and their two eldest children to assure them the rumors were not true.

“[I had] to speak to my husband and explain to him what had happened because this gentleman has a large following, so this was going to go quite far and wide,” Foster explained to the courts.

On 23 December 2019, Dr. Jessen's initial tweet was sent out to his 300,000 followers and was retweeted more than 500 times, as well as promoting a thread of unpleasant discussions before it was deleted.

The court was told Dr. Jessen's tweet was published at about the same time that anonymous Twitter users were claiming that Mrs. Foster had been having an affair with one of her security guards.

Mrs. Foster's barrister said a solicitor for the DUP leader had contacted Dr. Jessen on Twitter instructing him to remove the post on 24 December but he had refused to do so.

Foster said in court: "This gentleman (the defendant) has a large following, so this was going to go far and wide.

"It was very humiliating to see the relationship that's most important to me had been trashed, if you like, and put out there in the public domain in that fashion."

In a letter issued to Jessen, Foster's legal team said: "For the record, our client would again categorically and emphatically deny that she has had an affair with her driver and that her marriage is a sham."

Foster further said in court: "The allegation that I was having an adulterous relationship with one of my police officers clearly was the most hurtful issue.

"I have been married to my husband now for 25 and a half years, before we got married we were going out in inverted commas for nine years. It's a long relationship.

"As a woman in politics and as a leader we come under a lot of stress and strain, but one of the things that gives me stability in my life is my home relationships."

The DUP leader told the court the incident came at a particularly stressful time when she was involved in talks to resurrect power-sharing in Northern Ireland.

“I think the attack on me personally and my marriage was meant to destabilize me ... and thereby destabilize the negotiations as well. I have no proof of that, but I just think the timing of it is very significant given when it came,” she told the court.

The judge reserved judgment but said he would seek to deal with the case as a "matter of urgency".