A 700-year-old Irish hereditary title ended with the death of the last Knight of Glin in County Limerick. 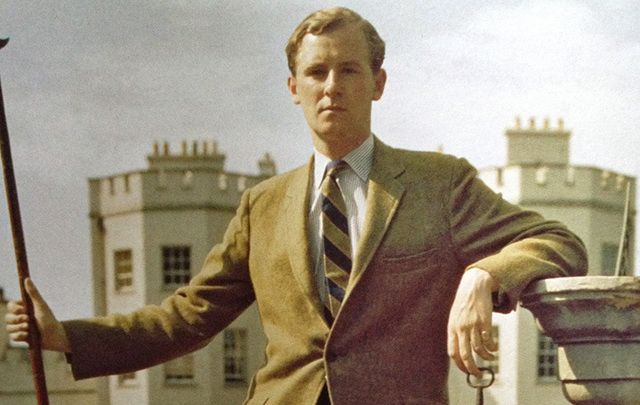 A 700-year-old Irish hereditary title ended in recent years with the death of the last Knight of Glin. The 29th Knight of Glin, Desmond FitzGerald, died from cancer on September 14, 2011, in County Limerick, at the age of 74. He had no son to inherit his title. The ancient Irish noble title was handed down by chieftains and has been recognized by successive Irish governments.

Glin in west Limerick has been home to the FitzGerald family since the 1300s. FitzGerald was forced to close Glin Castle in 2009 due to ill health. The castle had operated as a hotel in recent years. FitzGerald, who inherited the title in 1949 when he was just 12-years-old, said he was not troubled about the title dying with him.

"The Knight of Glin is a romantic title, it's not much use except for the romance of the story," he said.

FitzGerald was educated at Trinity College and Harvard University and was regarded as a leading figure in Irish architecture and represented art auctioneers Christies in Ireland. He is survived by his wife Olda and his three daughters Catherine, Nesta and Honor. Catherine is married to Dominic West, who starred in the television show 'The Wire.'

Dr Terence Dooley, Director of the Centre for the Study of Historic Irish Houses and Estates, said the title of the Knight of Glin was "certainly one of the oldest in the country."

"I cannot think of one that survived for more than 29 generations. His ancestors arrived here with the first wave of the Anglo-Normans in 1169. He was the quintessential scholar and was extremely generous with his knowledge," added Dooley.

The Knight of Kerry -- also known as the Green Knight -- is now the last hereditary knight in Ireland.