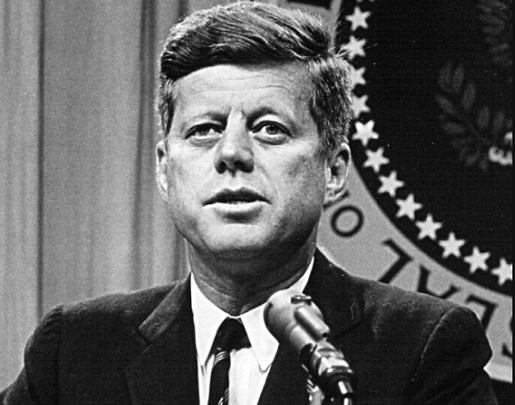 The Georgetown home of former President John F. Kennedy has sold for a staggering $4.2 million.

Built in 1800, the beautiful, red-brick Georgetown home was Kennedy's residence when he met his future wife Jackie for the first time in May 1951 while serving in the House of Representatives for Massachusett's 11th Congressional District.

The house was originally listed in February this year with a $4.675 million asking price. However, it sold for $475,000 less than its asking price on November 30, according to the New York Post.

The renovated and elegant three-bedroom house boasts a wood-paneled library, a full white marble bathroom, and a fully-equipped modern kitchen, including a stainless steel refrigerator and a breakfast bar.

Meanwhile. the house's master bedroom includes a fireplace and en-suite bathroom with underfloor heating and would not look out of place in an upmarket hotel.

The house's outdoor terrace is tastefully decorated with modern garden furniture and is absolutely perfect for al fresco dining, while the house itself offers spectacular panoramic views of Washington DC.

A spacious dining room decorated with antique furniture and a grand fireplace opens onto a second outdoor terrace on the ground floor of the Georgetown home.

The house was renovated by architect Richard Foster and builder Tom Glass, who had to comply with strict guidelines in order to maintain the house's historical accuracy since Georgetown is regarded as a historic district.

The house was occupied by then-Congressman John F. Kennedy and his sister Eunice from 1949-1951 after he was elected to the House of Representatives in 1947.

Kennedy met his future wife Jackie Bouvier during his final year at the residence at a dinner party in a nearby Georgetown home. The couple were married two years later.