An Irish couple has just won over $144 million

Frances and Patrick Connolly from Co Armagh had planned to relocate to England for work but with their unimaginable win, they say, "for the minute, I'm retired." 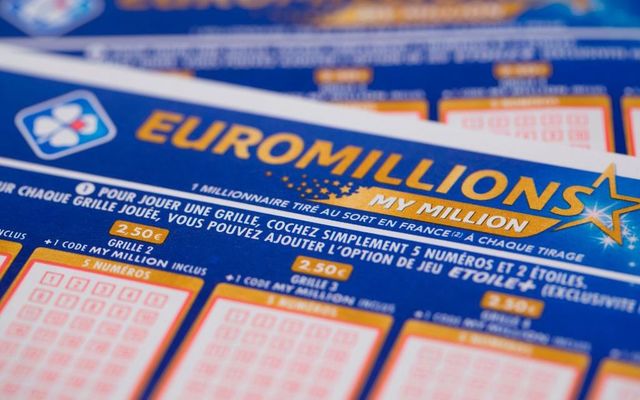 Euromillions winners revealed as a couple in Northern Ireland. Getty

A couple from Co Armagh have come forward as the winners of the massive Euromillions jackpot, starting off 2019 as brand new millionaires.

There are many great ways to start the New Year but we're not sure any come better than this! A couple in Northern Ireland started off 2019 as brand new millionaires, revealing themselves as the winners of a ginormous Euromillions jackpot and becoming the competition's biggest ever winners on the island of Ireland.

Frances and Patrick Connolly, both in their 50s, won the €127 million (£115m) EuroMillions jackpot on New Year’s Day, with Patrick having bought his ticket just a few hours before it closed.

Based in Moira, Co Armagh, the couple had planned to move to England this year, where Patrick had recently received a job offer, but all previous plans are now on hold as they begin to share their good fortune with their three daughters, grandchildren, and up to 50 other people they wish to rain good luck on.

Read more: Do you know an Irish Alan? They’re most likely to win the lottery

“All the time we’ve been doing the National Lottery I don’t think we’ve got three tenners,” Frances said at a press conference in Belfast.

“The only thing I ever won was a guess the number of sweets in the jar, and four other people did the same thing. We always said if we ever did win, £4 million or something, there would be four million other winners and we’d get £1. We were chuffed to bits.

“This is a massive sum of money and we want it to have a huge impact on the lives of other people we know and love as well as on our future too,” she added.

So what's on the cards first? A family holiday in Mauritius and a trip to the Formula 1 Monaco Grand Prix!

How would you spend your lottery jackpot? Let us know in the comments section, below.