"America’s Most Wanted": Irishwoman pleads guilty after 10 years on the run

Northern Irish woman extradited from Spain on manslaughter charges from 2011. 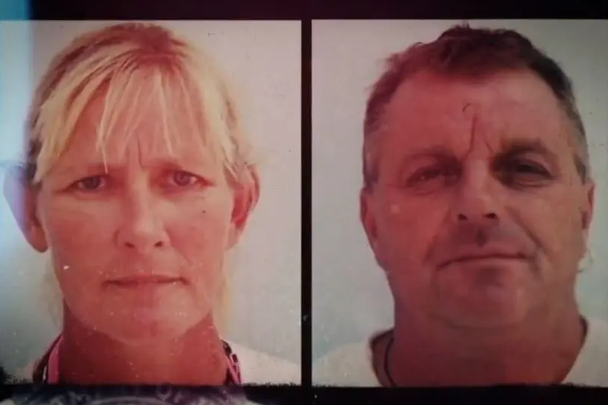 Christopher Jones (57) and Alison Gracey (54) were convicted in the death of a diver in Florida ten years ago, after a segment on "America's Most Wanted" TV show.

The couple pleaded guilty to involuntary manslaughter, in federal court, on Friday. In 2011, 36-year-old Aimee Rhoads was killed while on a diving expedition.

They had eluded the law for 11 years. However, they were featured on Fox’s “America’s Most Wanted” with John Walsh in April 2021. One week later they were arrested near Madrid, Spain.

They were extradited to the US, where they plead guilty to “causing the death of another, without malice, during the commission of a… commercial dive charter.”

Jones and Gracey, who is originally from Northern Ireland, ran a scuba diving club, Key Largo Scuba Shack, in Florida. The couple knew their charter boat, Rhoads was traveling on had safety problems before it capsized on Dec 18, 2011. There were five other passengers on board.

According to federal prosecutors in Florida, the 25-foot boat, named Get Wet, "began taking on “sank about 30 feet to the ocean floor.” Aimee Rhoads drowned in the incident.

In a press release, the Department of Justice said “A criminal investigation following the death of the diver revealed that Jones and Gracey knew before the tragedy that the vessel needed repairs."

Rhoads died when a loose bench trapped her underwater.

Fugitives Alison Gracey and Christopher Jones were arrested in Madrid, just four days after their case was featured on #AmericasMostWanted.

After nearly 10 years, the family and friends of Aimee Rhoads are closer to justice.

Tune in this Monday for an all-new episode! pic.twitter.com/e5f3SK9Ntm

The DOJ stated “Made of buoyant material, the bench sprang towards the ocean’s surface, as the vessel itself sank. The two large and heavy objects collided, pinning one passenger’s legs against the vessel’s windshield. [She] was trapped and drowned."

Juan Antonio Gonzalez, the U.S. attorney for the Southern District of Florida, told the New York Times that Rhoads' case shows “no matter how long it takes, we will ensure criminals are made to answer for their crimes.”

Rhoads is survived by her husband, Pat, who writes a blog, "Missing Aimee", dedicated to his wife.

After Jones and Gracey's extradition, he wrote that relieved and posted an image of the pair in custody.

He wrote “Now that they’re here, they’ll finally face the federal charges stemming from Aimee’s death in December 2011,” he wrote on Jan. 12.

“Justice may not change anything... but we want and deserve it anyway.”