Alexis McQueen sustained a "big cut" on the back of her head after she was attacked by two men in a Dublin shop after she performed at The George. 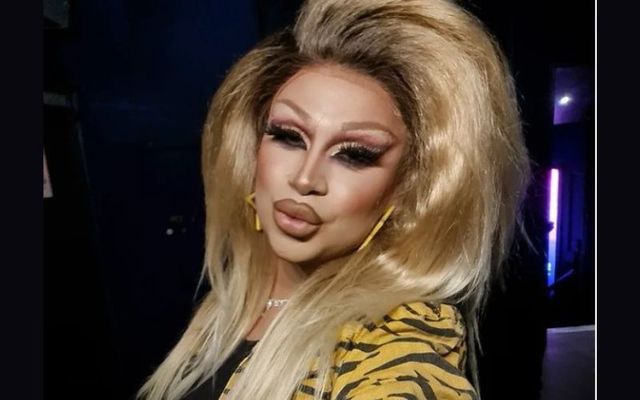 Alexis McQueen, a popular Irish drag queen, revealed that she was glassed in the head during a vicious attack in Dublin last week.

McQueen said she was attacked outside the Spar supermarket on Dame Street in the early hours of November 8 after performing in the nearby gay nightclub The George.

"Got glassed in the head for no reason by a load of scumbags going home last night," McQueen said on social media after the incident.

"Be careful out there when out guys. Just got home I'm grand, could have been worse though.

"Thanks so much for all the lovely messages and well wishes guys, you're all stars."

Later, McQueen posted on Instagram that she was still in hospital but that she'll "be ok."

"We woukdnt waste a good photo for a scumbag now would we," she added.

McQueen told the Irish Independent she was with friends and still had her make-up on when she walked into the Spar shop following her performance in The George on Tuesday.

"When we got outside, I was annoyed and started mouthing back. Then it got worse, and my friends got involved," McQueen told the Independent.

She said she got into a taxi and was prepared to leave the area but got back out to get her friends, who were still "mouthing" at the two men.

"That's when I got hit," McQueen said.

“I didn’t even realise there was blood coming down me, I didn’t feel it. Then they laughed and said ‘look what we’ve done to you’, and I felt the back of my head looked at my hand.

“I’ve a big cut down the back of my head. I spent 15 hours waiting in hospital."

McQueen said that the incident has left her scared about walking in the area again.

"I never felt intimidated before, but now I’m hoping I don’t get noticed by them again and be a target," the drag performer said.

"I wouldn’t be afraid to go back, but I’d walk a different way. I don’t want them to see me again."

Although the attack has left her scared, McQueen said it will not deter her from going to The George and doing her job.

“I’m not going to let it stop me from doing anything. I’m bigger than that, I won’t let them win, no way," she said.

She also called for increased Garda presence in the area, adding that it was "common sense" due to the high levels of attacks against members of Ireland's LGBTQ community.

"There’s no garda presence around that area and that’s where it should be. This has happened so many times now.

"The gay community get targeted by these people so it’s common sense to have a garda in that area."