Former leader of Scotland accused of rape and multiple assaults 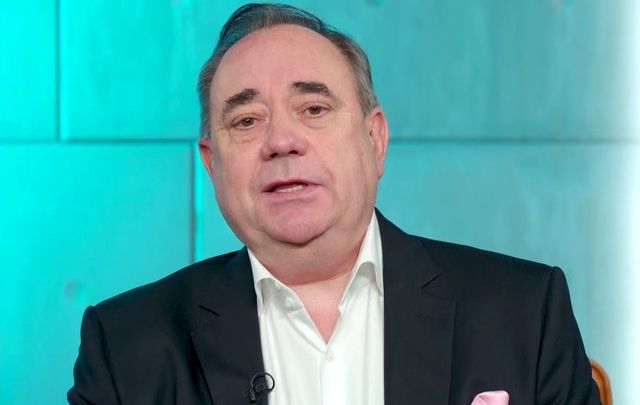 Alex Salmond has been accused of rape and assault. YouTube still

Alex Salmond, the former first minister of Scotland, has been charged with multiple counts of sexual assault and two of attempted rape.

In 2014, Salmond was the architect of the referendum asking if Scotland should leave the United Kingdom. He lost 55 percent to 45 percent.

The Guardian reported that “Salmond, who appeared at Edinburgh Sheriff court before a closed session on Thursday afternoon, was charged with 14 offenses: one of breach of the peace, two of indecent assault, nine of sexual assault, as well as the two of attempted rape.

The 64-year-old made no plea during the hearing and was released on bail. Appearing outside court afterward, he gave a brief statement saying that he was innocent.

“Let me say from the outset, I am innocent of any criminality whatsoever,” the former SNP leader said. “Now that these proceedings, criminal proceedings are live, it is even more important to respect the court."

He added: “The only thing that I can say is I refute absolutely these allegations of criminality and I will defend myself to the utmost in court. I’ve got great faith in the court system in Scotland.

“You know me well enough to know that I’d love to say a great deal more, but I have got to observe the rules of the court and in court is where I will state my case.”

Salmond was charged on Wednesday night by Scottish police.

In a Guardian profile after his arrest, Scotland editor Severin Carrell wrote. “Alex Salmond is one of the most significant political figures of recent British history, whose tenure as First Minister of Scotland transformed the debate about the UK’s constitutional future.

“In less than a decade, Salmond succeeded in normalizing the question of Scottish independence, rebuilt the Scottish National party into an electoral machine that has convincingly replaced Labour as Scotland’s dominant political force, and laid the groundwork for significant new powers for its devolved government and parliament.

Scotland’s first minister, Nicola Sturgeon, a protege of Salmond who ended up a sharp critic said that it would be “a shock to many people”. But she added: “These are now live criminal proceedings and that means now more than ever it would be completely inappropriate for me or anyone else for that matter to make any comment on the situation.”

It is believed that incidents at Edinburgh airport more than a decade ago are also being looked at.