Scotland won’t be having another independence referendum any time soon

There were rumors the Scottish Nationalist politician was about to jettison the idea of a referendum after Brexit entirely. 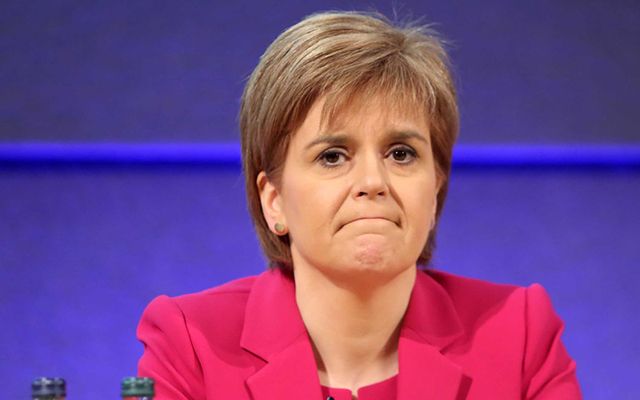 First Minister Nicola Sturgeon has told the Scottish Parliament that she will “reset” her timetable on a second independence referendum.

After the United Kingdom as a whole voted to leave the European Union last year - but Scotland opted to remain, along with Northern Ireland - Sturgeon within hours said that another vote was “highly likely”.

In March, the Scottish Parliament voted to ask the British Government to give it the authority to hold the referendum on independence - a request British Prime Minister Theresa May dismissed with the focus group-tested soundbite that, “Now is not the time.”

Unionist opposition parties cried that the Scottish National Party had broken its pledge that the 2014 vote would be a “once in a generation” event, whilst nationalists pointed to the SNP’s manifesto specifically committed the party to hold a vote if there was “a material change in circumstances” like Brexit.

May’s decision to call a general election, thinking a landslide was at hand, backfired spectacularly when the party overall lost 13 seats.

However, whilst the Conservatives lost seats in England and Wales, it gained 12 from the SNP in Scotland, including those of former First Minister Alex Salmond and SNP Deputy Leader Angus Robertson.

The Labour and Liberal Democrats, both of whom also opposed a second referendum, gained six and three seats each, too.

The result, two years on from the SNP’s famous 2015 victory when it had won 56 of Scotland’s 59 seats, was considered a huge rebuke to Sturgeon’s referendum plans.

The day after the election, the First Minister said, “Undoubtedly the issue of an independence referendum was a factor in this election result”.

The result lead to rarely seen public dissent within the usually highly on-message Scottish National Party. Some urged Sturgeon to stick to her guns, whilst others said the policy had to be dropped fast.

Now she has told the Scottish Parliament she will no longer pursue her original timetable but instead will, “redouble our efforts and put our shoulders to the wheel in seeking to influence the Brexit talks in a way that protects Scotland's interests."

She added, however, that she still wanted to give voters a “choice at the end of the Brexit process, when … clarity has emerged.”

Nicola Sturgeon says the Scottish Government will "reset" its plan for a second independence referendum at the end of the Brexit process. pic.twitter.com/CAptnmVERx

Scottish Conservative leader Ruth Davidson said Sturgeon was “in denial” about the election result, whilst her Labour counterpart Kezia Dugdale added that, "The First Minister is digging her heels in, putting her fingers in her ears and pressing on regardless. She is just not listening."

Greens leader Patrick Harvie, however, urged Sturgeon to "continue fighting" for a second referendum to give voters a choice at the end of Brexit.

Read more: It’s been one year since the Brexit vote - here’s how things have changed