Irish man Alan McPhillips, 33, is believed to have fallen from the rooftop of the Hotel Manang in the Nepalese capital of Kathmandu on April 20. 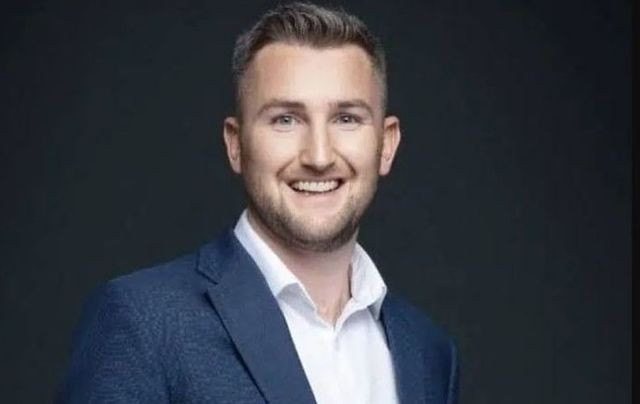 Alan McPhillips was laid to rest in his native Dublin on Monday after tragically falling to his death from the rooftop of a hotel in Nepal last month.

McPhillips, 33, is believed to have fallen from the rooftop of the Hotel Manang in the Nepalese capital of Kathmandu on Wednesday, April 20.

His body was discovered in the hotel's swimming pool by security guards, according to local media reports.

Preliminary investigations into the accident suggest that McPhillips may have slipped after making his way to the hotel rooftop.

McPhillips was remembered warmly by the Kerry Middle East GAA, which he had been a member of since 2019.

"Alan's outgoing personality made him a popular clubman from the off and alongside his good friend Chris Lynch, the pair became known simply as 'The Dubs' within the club, with both lads especially enjoying Dublin's great success in recent years often at the expense of the Kingdom.

"Alan went on to beat his good friend to capture the coveted 'Dub of the Year' prize in 2020 at our awards ceremony.

"Although less active on the pitch in the past season, Alan kept in touch regularly with members through soccer, running and the social side. He recently attended the club supported hike for Charlie Bird and was known to be a great help to club members, as well as the Dubai Irish community in general, through his work for the property sector."

Club Statement in relation to the passing of popular member Alan McPhilips. RIP.

McPhillips was laid to rest on Monday, May 2 at the Church of St. Laurence O'Toole in Kilmacud in Dublin before a cremation service took place in the Victorian Chapel in Mount Jerome Crematorium.

He is survived by his parents Gerry and Carol, brother John, and his extended family.

"It is difficult to put into words the sadness, hurt, and grief we struggle with daily with the sudden loss of our dear Alan," his family said in a post on RIP.ie.

"Our family deeply appreciates your sincere support with our struggle. Your very kind and beautiful messages greatly help us in our time of need. Please continue your contact with us and remember him in your thoughts and prayers for our extra special Alan. We know how much joy and love he brought to us all in his short life."

The family has requested that donations, if desired, be made to the Kevin Bell Repatriation Trust.