"Everybody loved her" - Tragedy as Galway woman, 20, dies after freak camogie accident

Kate Moran, a longtime player with the Athenry Camogie Club in Co Galway, died a day after being struck in the head during a camogie match in Ardrahan, Co Galway. 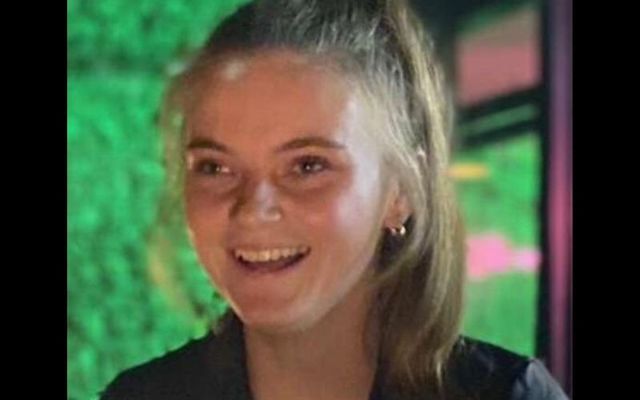 Kate Moran, 20, died on April 19 after suffering a head injury during a camogie match in Co Galway on April 18. RIP.ie

Kate Moran, 20, is being mourned across Ireland and abroad after a "freak accident" during a camogie match in Co Galway on Monday, April 18.

Moran tragically passed away on Tuesday, April 19 after suffering a head injury during a club camogie match between Athenry and Ardrahan in Co Galway on Monday.

Moran, who was wearing a helmet, was struck by the backswing of the hurl during Monday's match, the Belfast Telegraph reports. It is understood that Moran first walked away from the accident, but minutes later lost consciousness and collapsed.

Medical crews from three ambulances treated Moran at the match's venue before she was rushed to University College Hospital, the Irish Independent reports. Gardaí also attended the scene.

A funeral for Moran will be held on Friday, April 23 at the Church of the Sacred Heart in her hometown of Monivea, Co Galway.

"This is a terrible tragedy for her family, our club, and our community," Athenry Camogie Club said in a statement on April 19 confirming the passing of their beloved teammate. "Kate will be greatly missed by all who knew her."

The Club said: "Kate began playing with Athenry Camogie Club at underage level and quickly progressed to Senior A level with great distinction. She holds a Feile, Minor County and Intermediate County title. She played in a club All Ireland Intermediate final. She won two All Irelands at U16 level with Galway, both titles she was incredibly proud of.

"She was a tremendous role model for our many underage players and a wonderful leader both on and off the field of play. Her bubbly personality will be remembered for eternity."

The Club said that Kate's family has requested privacy at this difficult time.

Today we learned of the death of our dear club-mate, Kate Moran. This is a terrible tragedy for her family, our club and...

Athenry Camogie Club will be hosting a candlelight vigil for Moran tonight, April 20, at Kenny Park in Athenry. All sports clubs are invited to attend.

Joe Rabbitte, one of Moran’s camogie coaches, told RTE News on Wednesday: “I’m 40 years in the game and I never saw anything like this, it’s just a complete freak accident."

Mary Rohan, Chair of Athenry Camogie Club, told Galway Bay FM: “Kate was the most beautiful girl. Everybody adored her. You met Kate, her smile would light up. Her bubbly personality, it shone on and off the pitch. Her teammates just loved her, everybody loved her.”

“Everybody's devastated," Rohan added. "It’s run through every camogie club in the country.”

Indeed, there has been an outpouring of condolences across Ireland.

Galway GAA said it was "shocked and saddened" by the "sad passing of Kate Moran."

We are shocked & saddened at the untimely and sad passing of Kate Moran, RIP. We offer our deepest sympathies to Kate's parents Cathal & Mary, to Thady, Leah & Saoirse, the extended Moran Family, to TJ & the Brennan Family and to all the members of Camogie community in Galway🕯️ pic.twitter.com/tSrKly15LB

All in Galway Camogie are saddened at the untimely and tragic passing of Kate Moran from Athenry Camogie Club.

Our heartfelt and deepest condolences to the Moran Family, Kate’s Friends and all the Members of Athenry Camogie Club.

Kate played with Athenry from underage up to pic.twitter.com/Vfhch1FpGJ

The Camogie Association said it was "deeply saddened" by Moran's passing:

The Camogie Association is deeply saddened to hear of the passing of Kate Moran of Athenry Camogie Club.

Our thoughts are with Kate’s family, friends, teammates and all in Athenry Camogie Club at this sad time.

Paddy Cahill, the chairperson of Ardrahan Camogie Club, said in a statement that "We are all deeply saddened by this event" and that the club's "sympathies and thoughts are with the Moran family and the Athenry Club, community, and friends."

We at NUI Galway are deeply saddened at the sudden, tragic death of student Kate Moran and extend our heartfelt sympathies to her family, friends and loved ones. Cuirimid ár gcomhbhrón ó chroí in iúl do gach atá ag caoineadh a bás. pic.twitter.com/wHXejRLmb0