The trial against British veteran David Holden in relation to the 1988 death of Aidan McAnespie in Co Tyrone could be the "last Troubles trial." 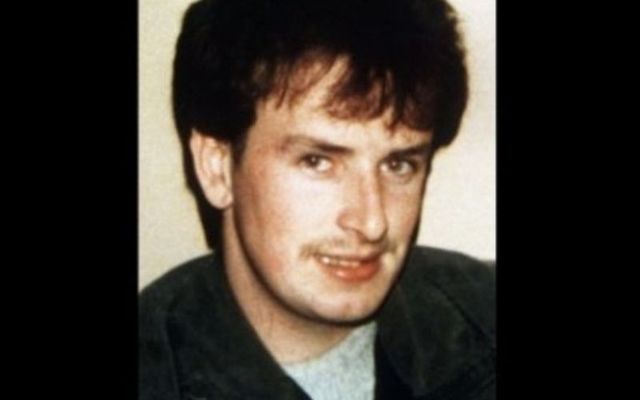 Aidan McAnespie died on February 21, 1988, after he was struck by a bullet fired by British soldier David Holden. Holden denies the charges of gross negligence manslaughter against him.

The trial has begun in Belfast against former British soldier David Holden who has been charged with the 1988 manslaughter of Aidan McAnespie in Co Tyrone. Holden, 52, denies the charges against him.

McAnepsie's family, as well as supporters of the British veteran, were on hand in Belfast as proceedings began on Monday, March 28, more than three decades after McAnespie's death.

On February 21, 1988, McAnespie, 24, was on his way to a GAA match when he was fatally shot in the back after passing through a checkpoint at the Tyrone / Monaghan border.  Analysis later determined that the fatal shot that struck McAnespie was a ricochet shot.

Holden, who was 18 at the time of the incident, has admitted to firing the shots but claims his hands were wet and that his finger slipped off the trigger guard and onto the trigger and fired the machine gun accidentally.

Holden was first charged with McAnespie’s manslaughter in 1988, but these proceedings were withdrawn at Belfast Magistrates’ Court in September 1988 after a decision not to prosecute was taken upon the evidence available at that time.

In 2008, the UK Historical Enquiries Team (HET) reviewed the death of McAnespie "and questioned the version of events as reported, although no new evidence had been uncovered that warranted the case being referred to the PPS." The HET report said that Holden's account was the "least likely version" of what happened.

In light of the HET's report, the Public Prosecution Service (PPS) announced in January 2016 its intention to review the decision to drop the charges in the original case following a referral of the case by the Attorney General for Northern Ireland.

The PPS later said in 2018 that the review considered all of the available evidence, including a fresh ballistics report, and it was concluded there was sufficient evidence to prosecute Holden in connection with the shooting of McAnespie and that he would face charges "for the offence of gross negligence manslaughter."

The PPS added: “That evidence includes further expert evidence in relation to the circumstances in which the general purpose machine gun was discharged, thereby resulting in the ricochet shot which killed Mr. McAnespie."

On Monday in Belfast, Amnesty International said that the trial could be the “last Troubles trial” as the UK Government plans to legislate for a de facto amnesty for conflict-related abuses. The McAnespie family is calling on the UK Government to abandon these plans and ensure every victim has access to justice.

Aidan McAnespie was fatally shot on his way to a Gaelic football match in Northern Ireland in '88.

Today, 34 years later, the trial into his death begins.

The trial represents the due process that the UK Government is seeking to shut down for victims. pic.twitter.com/xoORKS3Zz9

“It has been a long and torturous 34 years,” Sean McAnespie, brother of Aidan McAnespie, said on the first day of the trial. “Not a day passes when we don’t miss Aidan and feel the pain of his loss.

“Today marks the beginning of the end of our journey. Other victims must also have a chance for justice. The UK Government’s plans are an insult to every victim. It’s time to properly deal with the past”.

Grainne Teggart, Northern Ireland Campaigns Manager at Amnesty International UK, said: “The McAnespie family have waited for over three decades to get to this point. If the UK Government proceeds with its plans, this could be the last ‘Troubles’ trial, and other families will be blocked from ever achieving justice.

“This trial today is simply the due process of law, which must apply to all without favour.

“After decades of failing victims by refusing to put in place mechanisms that would deliver truth, justice, and accountability, the UK Government is now planning the ultimate betrayal by seeking to legislate for a de facto amnesty and permanently deny any chance of justice.

“The government must abandon their plans and ensure the rights of all victims are vindicated.”

Aidan McAnespie: Day 1 of trial. It's been 34 long yrs for the McAnespie family. Today's trial represents the due process that the UK Govt is trying to shut down. Rule of law must apply to all @BorisJohnson @BrandonLewis #aidanmcanespie pic.twitter.com/aTbGTNrcei

Speaking in court on March 28, the first day of the trial, prosecuting barrister Ciaran Murphy QC said that McAnesipe was killed by one of three bullets fired from a general-purpose machine gun, also known as a GPMG.

Murphy said that the prosecution "does not accept" Holden's explanation that his finger slipped and the trigger was pulled by accident.

“Although even if that version is accepted as fact, we say it was nevertheless a grossly negligent act and we submit that the court conclude that the defendant failed to give adequate regard as to whether the gun was in a non-firing state when he pulled the trigger.

“Given the level of duty of care upon the defendant as a soldier in possession of a deadly and lethal weapon in those circumstances, we say the killing of Mr. McAnespie was an unlawful act.”

The trial is expected to  last for several weeks.