Bring it on! Cheerleaders arrive in Dublin ahead of Aer Lingus Football Classic

Tickets go on sale this Friday, April 29, for the Aer Lingus College Football Classic taking place in Dublin’s Aviva Stadium this August when Chicago’s Northwestern take on the University of Nebraska. 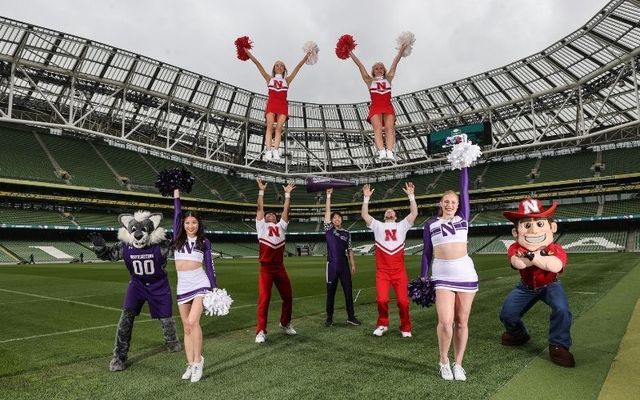 Aer Lingus Football Classic is back and cheerleaders from universities in America arrived in Dublin to drum up excitement ahead of tickets going on sale this Friday.

Cheerleaders from Northwestern University and the University of Nebraska showcased some amazing routines at the Aviva Stadium in Dublin this week ahead of the highly anticipated American Football game this summer.

This year’s Aer Lingus College Football Classic will take place on Saturday, August 27, in Dublin’s Aviva Stadium where fans can watch Chicago’s Northwestern Wildcats will take on the Nebraska Cornhuskers.

Tickets for the Aer Lingus College Football Classic at the Aviva Stadium go on sale this Friday, April 29, on Ticketmaster.

The highly-anticipated clash between Northwestern University (Wildcats) and the University of Nebraska (Cornhuskers) will mark the first time either of these two titans of college football have ever played in Ireland and they will be bringing their cheer squad and marching bands with them to ensure the full American Football gameday experience at the Aviva.

"Cheerleaders are instrumental when it comes to creating a vibrant game day atmosphere, helping to support the team, keep morale up and foster a connection between players and fans," explains a spokesperson for Aer Lingus Football Classic. 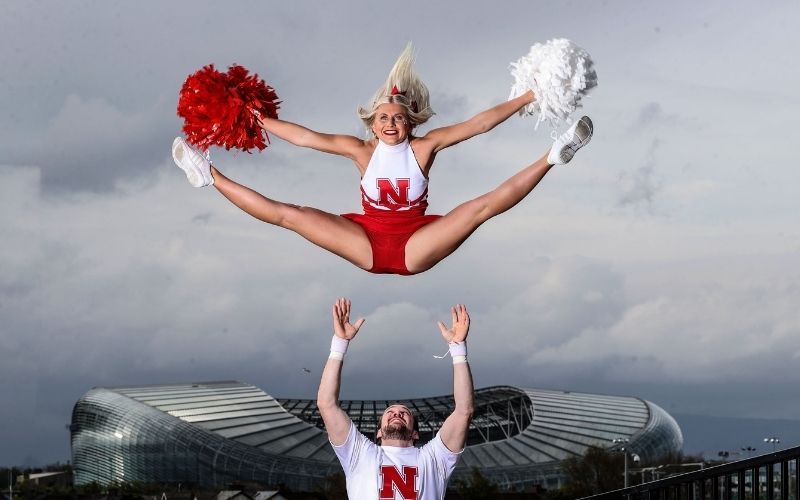 With American football skyrocketing in popularity in Ireland, it is expected to also draw a large crowd of Irish fans. It is estimated that it will generate a whopping €63m for the Irish economy. Moreover, the game is expected to garner a live US TV audience of 3 million viewers.

In Ireland, cheerleading has experienced a surge in popularity and is now regarded as one of the fastest-growing youth sports in the country.

This weekend, Team Ireland will be competing at the Cheerleading World 2022 competitions which will take place in Orlando, Florida at the ESPN World Wide Sports Complex.