Abortion guidelines to be outlined by key medical bodies on Monday

The Eighth Amendment was officially removed from the Irish Constitution in May 2018. 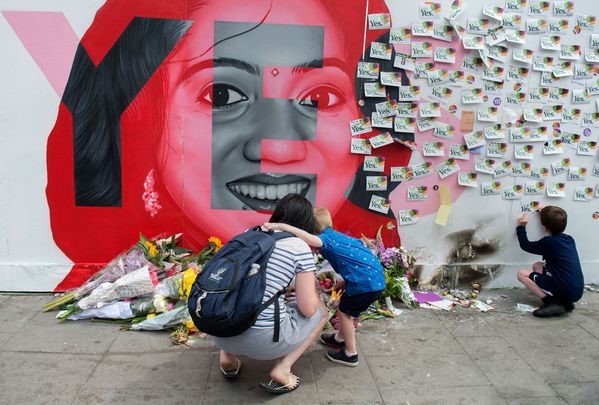 A vigil in honor of Savita the women whose death sparked the abortion debate and eventual Eight Amendment referendum. RollingNews

The Eighth Amendment, banning abortion, was officially removed from the Irish Constitution in May 2018 and now it's being signed into law.

Clinical guidelines surrounding the provision of abortion services will be rolled out on Monday of next week, ahead of the new service which is set to be rolled out in early 2019.

The Irish Times reports that the Institute of Obstetricians and Gynaecologists, and the Irish College of General Practitioners (ICGP) will distribute guidelines to all of their members as part of the preparations.

The vastly different change of direction comes just after last week's revelation, which lead medical professionals to doubt the arrival of abortions in Ireland come 1 January.

Abortion Rights IE, the group who spearheaded the campaign for 'free, safe, and legal abortion in Ireland' earlier in the year, took to Twitter to share their delight at recent developments.

"We are pleased to see progress in getting the clinical guidelines published," the group tweeted.

"We know what people who can get pregnant in Ireland can't wait and we need free, safe, legal and LOCAL services in January."

Dr Peter Boylan, the clinical adviser to the Health Service Executive confirmed on RTÉ’s This Week programme that services would be up and running from January. While on air, he also admitted that the brand new system will take some getting used to.

“There is understandable nervousness about it and there are a lot of difficulties as we know with infrastructural deficits in the Irish healthcare system," he said. "But this is a major improvement for Irish women’s health, where they won’t have to travel anymore."

Dr Boylan also revealed that a 24-hour, seven-day helpline would be operational for those involved in crisis pregnancies from 1 January.

The Regulation of Termination of Pregnancy Bill finished its final stage in the Seanad late on Thursday night following weeks of debate in both the Dáil and Seanad.

A total of 65 amendments to the Bill, were submitted by anti-abortion and pro-choice TDs.

It has since gone to President Higgins to be signed into law. Under the provisions of Article 25 of Bunreacht na hÉireann, Higgins must sign the Bill in the law (should he so wish) on the fifth, sixth or seventh day after it is presented for his signature, meaning the Bill may not come into law until Friday.

Abortion Rights IE used this historic moment to congratulate those involved in the grassroots movement who helped to repeal the law and to remind 'vigilant' during the times that lie ahead.

We have come so far this year and this is a stark reminder that we should celebrate the truly epic repeal of the 8th amendment, but also that we must stay vigilant to hold on to our hard-won rights #repealedThe8th