On October 5, 1968, everything changed. I was fifteen years old living 25 miles from the Irish border and Northern Ireland might as well have been in Africa for all most people knew or cared about it. 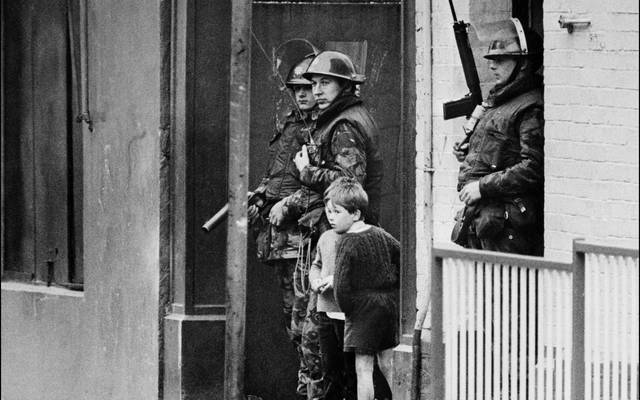 British army soldiers patrol on August 26, 1971, in the Bogside quarter of the city of Londonderry during heavy clashes between the Catholic minority and Protestants. AFP/Getty Images

50 years ago today the Irish Troubles began. I remember it like it was yesterday.

I was fifteen years old living 25 miles from the Irish border and Northern Ireland might as well have been in Africa for all most people knew or cared about it.

It was the relatively new Irish television station, RTÉ, which recorded the events that changed history.

It happened in Derry, the most gerrymandered city on earth, where a unionist minority ran the city like their own fiefdom.

Housing was the critical issue with all available council houses being allocated to Protestant families, often far less in need than Catholic family. The Northern Ireland Civil Rights Association, a fledgling civil rights group was set up to change that.

The Northern State had succeeded in its aim as a Protestant state for a Protestant people. The Ulster Unionist Party reigned supreme from 1921 on.

Only one Catholic, and that a token one, had ever been in government and that was because he declared himself a unionist.

A feature of how they retained power was astonishing in retrospect. One man, one vote was not in effect. The more land you owned, the more votes you got.

A small group of activists decided to change things. They were inspired by Martin Luther King Jr. and his peaceful marches and the legendary “We Shall Overcome” anthem.

Among them was a young school teacher and later a credit union executive called John Hume. On October 5, he was anonymous. A day later he was famous for all time, a future Nobel Prize winner.

An earlier demonstration against housing discrimination in Tyrone had scared the authorities stiff. Who were these rabble-rousers?

Home Secretary William Craig determined the croppies would lie down again and stop their foolish fantasies of freedom and equality.

He ordered the Derry march to be banned thereby lighting the fuse. If he had allowed it to go ahead, the Troubles might never have happened.

Four hundred brave demonstrators showed up anyway, among their ranks John Hume and Ivan Cooper, a liberal Protestant protesting alongside his Catholic neighbors.

There was a young man called Eamonn McCann who became famous overnight and a slip of a girl called Bernadette Devlin, a student in Queens Unversity Belfast who was not there on the day but later became a worldwide name.

She was part of a group called People’s Democracy, a student left-wing group led by Michael Farrell that would play a key role.

The Northern Ireland Civil Rights Association was the leading organizer.

On the day of the march, the non-violent protesters ignored the ban and lined-up on Duke Street. The Royal Ulster Constabulary (RUC) - the 97 percent Protestant sectarian police force - surrounded the marchers and positioned themselves in-front-of and behind the demonstrators, hemming them in. When the organizers concluded their speeches, the RUC moved in before the march began.

On RTÉ that night we saw it all to our complete astonishment. This was happening just a few miles away. The cops went wild beating young, old, women and children. No one was safe as the ugly face of sectarian hatred became obvious. Overnight the flame of Irish nationalism was reborn in the south.

As the BBC reported, “The RUC indiscriminately attacked protesters and observers with baton charges. Fleeing people were struck by baton blows from a gauntlet of officers. Water cannons were used for the first time in the United Kingdom. People, including John Hume, were shot down by a firehose of water. Using a blackthorn stick instead of a baton, the District Police Inspector joined in the beatings. Police conduct was eerily similar to the malevolence exhibited in Birmingham, Alabama by Police Chief 'Bull' Connor.”

When the attack was over, dozens were injured and hospitalized, including Members of Parliament (MP) in Westminster. Labor MP Gerry Fitt brought three Labor MPs to the march. They planned to report back to the British Prime Minister. Fitt was one of the first struck down. He was held by two RUC officers while a third repeatedly hit him in the head.

Eamonn McCann recalls several people saying it would never be the same again. They were right. The Bogside, the nationalist enclave, erupted in violence. Then came more marches, Burntollet, Bloody Sunday and the savage war that tore apart the sectarian state.

It began 50 years ago today.