“We are witnessing attacks on workers, on the environment and on vulnerable communities, especially migrants and immigrants. It is so important that we don’t sit back in silence." 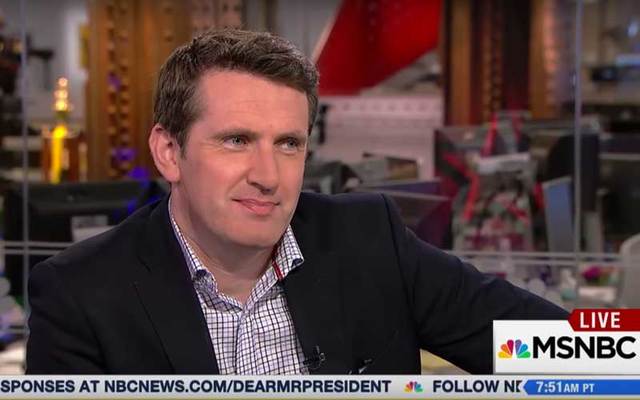 Last night’s Irish Stand, a protest planned by a group of high profile Irish and U.S. based activists and artists, drew a capacity crowd to the historic 2,500 seat Riverside Church in Manhattan where speaker after speaker raised their voices in full throated defense of diversity and human rights and in strong opposition to what they called Donald Trump’s attacks on immigrants.

Being Irish not parades & shamrocks, it's a history of forced migration & famine, its standing up for all facing oppression. #irishstand

On the night the event unfolded seamlessly as a simultaneously Irish and New York gathering, with music by Mick Moloney, Athena Tergis, Freddy White, Niall Connolly and others interspersed with fiery defenses of the diversity of the city and its immigrant ethos.

“Irish Stand came together in a few weeks and we have worked relentlessly to make tonight happen,” Tierney Keogh told the crowd. “Tonight is about creating a connection between our communities and offering support to those who are most vulnerable and feel under threat.”

New York State Assembly Remember Danny O’Donnell, brother of Rosie O’Donnell told the crowd ”Vice President Pence’s grandparents immigrated at the same time as mine did. They moved from one country to another country to be able to get in here. If that happened today those people would be turned away at JFK. He ought to know better than to stand up and claim his Irish roots and deny the immigration experience. You can not do both.”

John Burns First Deputy Commissioner, Office of Administrative Trials and Hearings reading from a greeting from Mayor Bill de Blasio told the crowd: “St Patrick’s Day is a day when all New Yorkers feel a little bit Irish as we celebrate generations of Irish emigrants and Irish Americans who have helped define our city as a beacon of inclusion… I am proud to commend those from Ireland and from our city who are taking an Irish stand for equality and justice.”

“The Irishmen in this White House - and they seem to be mostly men - are saying pull the ladder up Charlie, I’m in,” Maxwell Kennedy, Robert F. Kennedy’s son, told the crowd. “So people will ask you why do you march. It’s because real change is forced by mass civil action.”

MSNBC host Joy Reid quoted Martin Luther King, who famously delivered his antiwar speech from the same stage decades earlier, noting that Dr King’s words still stand “as the ranks of the targeted and the vulnerable grow every day.”

And a good time was had by all. Proud to have taken an #IrishStand with this fine crew! One… https://t.co/Y9dYHSPtkt

The organizers said the Irish Stand aims to send a message of unity at a time of great fear and division in the world. Senator O Riordain, whose Senate speech calling President Trump a fascist received over 40 million views, said he feels it has never been more important to make a stand and speak out.

“We are witnessing attacks on workers, on the environment and on vulnerable communities, especially migrants and immigrants. It is so important that we don’t sit back in silence. I’m glad to say the support we’re receiving is overwhelming. Our hope is to send a clear message out that Irish people stand in unity with people of different races in calling for justice and equality in the U.S., Ireland and around the world.”

Novelist Colum McCann quoted W.B. Yeats and told the audience “things come together, things fall apart and every now and then a movement comes along that brings us all into a room together that room, this room, move outwards. Things fall apart and on accession the center holds. The president you get is not necessarily the country you get.””

Quoting Martin Luther King Aisling Reidy of Human Rights Watch told the crowd: “Our lives begin to end when we stay silent about things that matter. Silence is not golden in these times. It is a form of neutrality and neutrality in the face of oppression means taking the side of the oppressor.”

Doctor Debbie Almontaser from the Muslim Community Network reflected on the strong parallels between the Irish immigration experience and the Muslim one. “Let our gathering here tonight be filled with a common humanity that is filled with peace, love and sanctuary for all.”

All proceeds from the night will benefit the ACLU.