Hot Springs, Arkansas, will hold its 98-foot long parade on Bridge Street on October 16 and 17 this year. 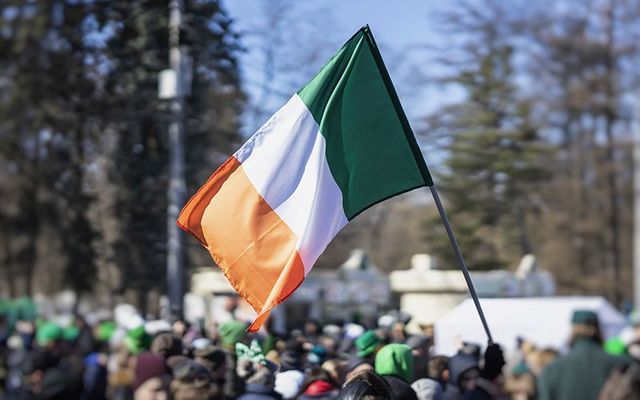 Hot Springs' St. Patrick's Day parade is the shortest in the world. Getty

The world's shortest St. Patrick's Day parade is now set to take place in October after it was originally canceled in March due to the outbreak of the coronavirus.

Hot Springs, Arkansas, will hold its 98-foot long parade on Bridge Street on October 16 and 17 this year.

The parade has been renamed the First-Ever Second Annual 17th Annual World's Shortest St. Patrick's Day Parade, if you can wrap your head around that ridiculous combination of words.

Some people have joked that the parade's name is longer than its route.

Bill Solleder, Marketing Director with Visit Hot Springs, said that Hot Springs residents deserve a celebration later this year due to what they're going through now.

"Why would a St. Pat's parade work in October? Well, basically, why not? As far out and do-it-the-way-we-want attitude we've always had about the World's Shortest St. Patrick's Day Parade, why not just do it in October?" he told the Hot Springs Sentinel.

Solleder admitted that the event's name was "ridiculous" but again questioned "why not?"

He explained that the event will be called the "second annual" St. Patrick's Day parade because he held a "very small parade" with fellow parade organizer Alexis Hampo on March 17.

Actors Danny Trejo and Cheech Marin were set to participate in the March parade before it was canceled and Solleder said that he could neither confirm nor deny whether the two actors would be returning in October.

However, he said that all entertainment and celebrity bookings for the fall parade had already been finalized.

Solleder said that the parade will have a "fall feel to it" and will include fall colors as well as the St. Patrick's Day green.

Read more: The Irish around the world made the best of a strange St. Patrick’s Day