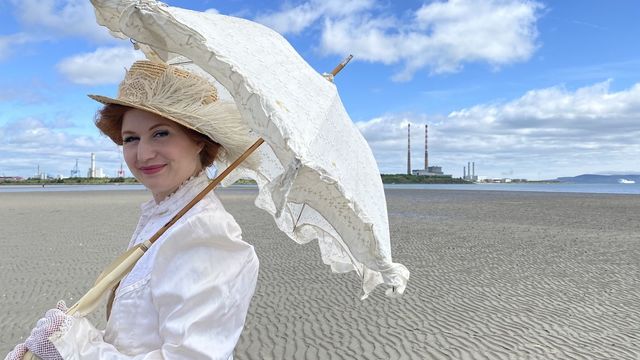 Streamed live from Ireland's Bloomsday Festival and on IrishCentral's Facebook page, tune in on June 16, at 6pm (Irish time) / 1pm EST, to enjoy the long-standing tradition, readings from "Ulysses".

It’s time to don that boater hat and join Katherine Lynch and friends, for an evening of readings and songs from Ulysses as part of the Bloomsday Festival’s flagship event “Readings and Songs”, streamed live on IrishCentral's Facebook page.

It’s time to don that boater hat and and join Katherine Lynch and friends, for an evening of readings and songs from Ulysses as part of the Bloomsday Festival’s flagship event “Readings and Songs”, at 6pm on 16th June.

Posted by IrishCentral.com on Wednesday, June 16, 2021

Bloomsday "Readings and Songs" is a long-standing and treasured tradition, and this year, Bloomsday 2021 will keep the tradition of Bloomsday alive by bringing us all together online.

Actress, comedian, and great-niece of Bloomsday founder Patrick Kavanagh, Katherine Lynch, will be traveling to many of Ulysses’ key locations throughout Dublin to introduce a cast of noted Irish writers, actors, musicians, pundits, and everyone in between, who will read extracts from Ulysses. The readings will bring to life Joyce's immortal words, from his description of Dublin's "snotgreen sea”, to Molly Bloom's famous “yes”.

Bringing the music of Joyce to life, composer Bryan Mullen will be joined by Suzanne Savage and Brian Gilligan.

Experience your personal odyssey through James Joyce’s epic novel from the comfort of your home. "Readings and Songs" will take place at 6pm (Irish time)  on June 16 and is kindly supported by the BAI, Failte Ireland, Dublin UNESCO City of Literature, and The Department of Culture, Heritage & the Gaeltacht.