The party isn't over yet! Tune in for even more Irish music live from New York City March 18 - 20. 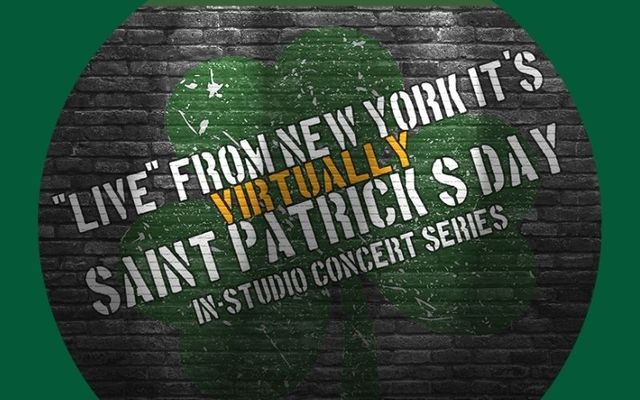 After producing live streams over the past, strange year to anywhere and everywhere across the internet, Moore PA Hire is bringing you its very own Irish music festival live from its studio in New York City.

Hell or High Water, the McLean Avenue Band, the Narrowbacks, Jameson's Revenge, and Shilelagh Law are all dusting off the St. Patrick's Day cobwebs to keep the party going from March 18 - 20!

You'll be able to tune into the special post-St. Patrick's Day live stream Irish music series right here on IrishCentral and over on the IrishCentral Facebook page.

While this week's post-St. Patrick's Day live stream series boasts a stacked line-up of some of the best Irish bands in New York City, a portion of all proceeds raised throughout the event will be going to local charities that have worked tirelessly this past year in the five NYC boroughs and beyond:

Performing in support of the Frances Pope Memorial Foundation, Hell or High Water has been likened to "a night of bar hopping with John Lennon, Jerry Garcia, and Keith Richards, with Bobby Dylan driving the limo.”

Padraig Allen & co will link arms with the DJs at Work crew to bring you a special live edition of Virtual Trivia - no registration necessary!

"If Joe Strummer, Shane MacGowan, and Bruce Springsteen survived a drinking session through the 5 boroughs, the hangover would be called The Narrowbacks.” This rowdy gang of Irish Americans will be performing in support of the Aisling Irish Center in Yonkers, New York.

In a special transatlantic event, DMC will be broadcasting live from the Moore PA Studio in Woodside, Queens with Irish singer-songwriter Moya Brennan, who will be tuning in from 3,000 miles away in Ireland!

Performing in support of The Hope for the Warriors Foundation, the lads of Jameson's Revenge will be bringing you the best of Irish American rock tunes.