The Wild Goose on Roosevelt Avenue in Woodside, Queens, will host an event honoring the ten men who died during the 1981 hunger strike at 9:30 p.m. on August 20. 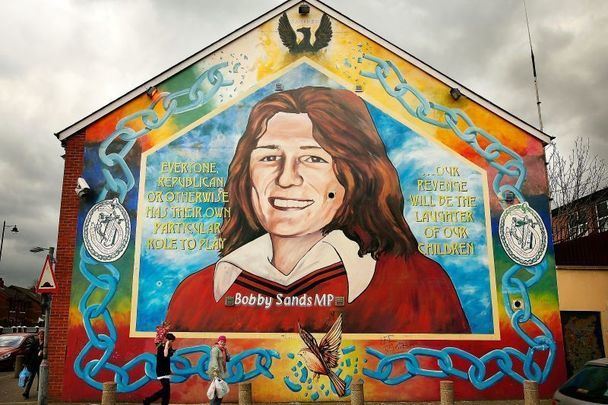 An Irish bar in Queens is hosting a commemorative event later this month to honor the 40th anniversary of the Northern Irish hunger strike in 1981, which claimed the lives of ten republican prisoners at Long Kesh Prison.

The Wild Goose on Roosevelt Avenue in Woodside, Queens, will host an event honoring the ten men who died during the hunger strike at 9:30 p.m. on August 20.

The Irish Brigade - a rebel band from County Tyrone - will be playing a selection of hunger strike-era songs at the Wild Goose on August 20, including "Read the Roll of Honour"; "Hughes lives on Forever"; and "Farewell to Bellaghy".

Martin Galvin, the current chair of the Ancient Order of Hibernians National Freedom for All Ireland Committee, will also be a guest speaker at the event.

Tickets for the commemoration are available to purchase at the bar for $20.

The event will mark 40 years since the last death of the tragic 1981 hunger strike, when 27-year-old Michael Devine died after 60 days of protest.

The hunger strike was the culmination of a five-year protest from nationalist prisoners at Long Kesh in an attempt to be recognized as prisoners of war rather than criminals.

Republican prisoners had previously smeared excrement on their cell walls as part of a "dirty protest" and refused to wear prison uniforms as part of a "blanket protest".

The British Prime Minister resisted all public pressure to grant concessions to the prisoners, even after Sands' election to British Parliament in a Fermanagh and South Tyrone byelection and his subsequent death on May 5.

She remained unmoved as nine further republican prisoners died over the following three months and the hunger strike was finally called off on October 3, 1981.

A series of tributes to the men who died during the hunger strikes have been popping up throughout New York City over the summer, with a tribute recently appearing at the 46th St-Bliss St Subway Station in Sunnyside on July 8 to mark the anniversary of the death of Joe McDonnell.