The Imperial Hotel in Co Cork will unveil the Michael Collins Suite, the room where Collins stayed the nights before his death in 1922, as part of its commemorative events. 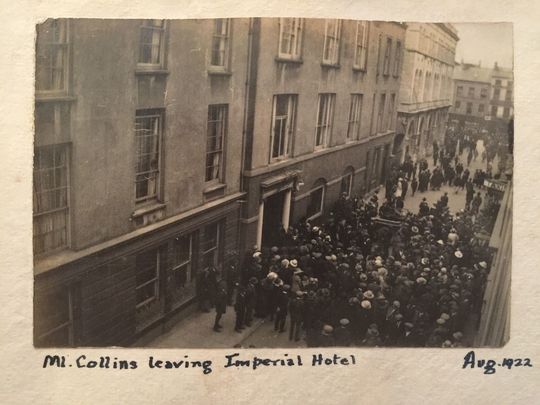 Michael Collins leaving the Imperial Hotel, on the South Mall, in Cork City the morning before he was murdered. W.J. O'Donovan / Imperial Hotel

The Imperial Hotel, known as Cork’s Grande Dame hotel at the heart of the city, is marking the centenary of the death of Michael Collins with a program of commemorative events.

Collins was killed 100 years ago this week, on August 22, 1992. Now, the Imperial Hotel Cork, where the Irish leader spent his last two nights, is marking the occasion with a program of commemorative events to be launched on August 21 and 22.

‘The Big Fellow’, as he was known, was an Irish revolutionary, soldier, and politician who was a leading figure in the early-20th century struggle for Irish independence. Having fought in the Easter Rising in 1916, Collins rose through the political ranks and was elected as a representative politician for South Cork and appointed Minister for Finance in the first Dáil. He was a major figure in the War of Independence, a key negotiator of the Anglo-Irish Treaty, Chairman of the Provisional Government of the Irish Free State, and commander-in-chief of the National Army until his untimely death during the Irish Civil War. 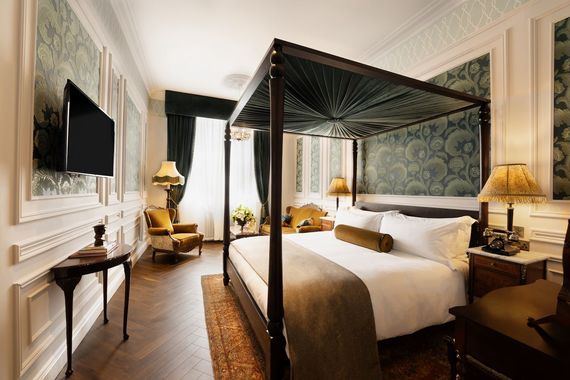 The Michael Collins' Suite at the Imperial.

One of Cork’s most famous sons, Collins was a regular guest at the Imperial Hotel and spent the last two nights of his life at the city center hotel, which had been used as a military headquarters at the time.

The hotel will host relatives of Collins on the anniversary of the Irish leader's death as it officially opens the new "Michael Collins Suite" and unveils a newly commissioned portrait of the revolutionary leader.

About 30 of Collins’s relatives are set to spend the night as guests of the hotel before joining a private family breakfast ahead of the portrait unveiling on August 22. The family will depart the Imperial mid-morning and follow the exact route Michael Collins took to West Cork one hundred years ago.

Dating back to 1813, the historic hotel, having been host to historic figures such as friends Daniel O'Connell and Frederick Douglas, was the last stop of the Irish revolutionary Michael Collins before his death. 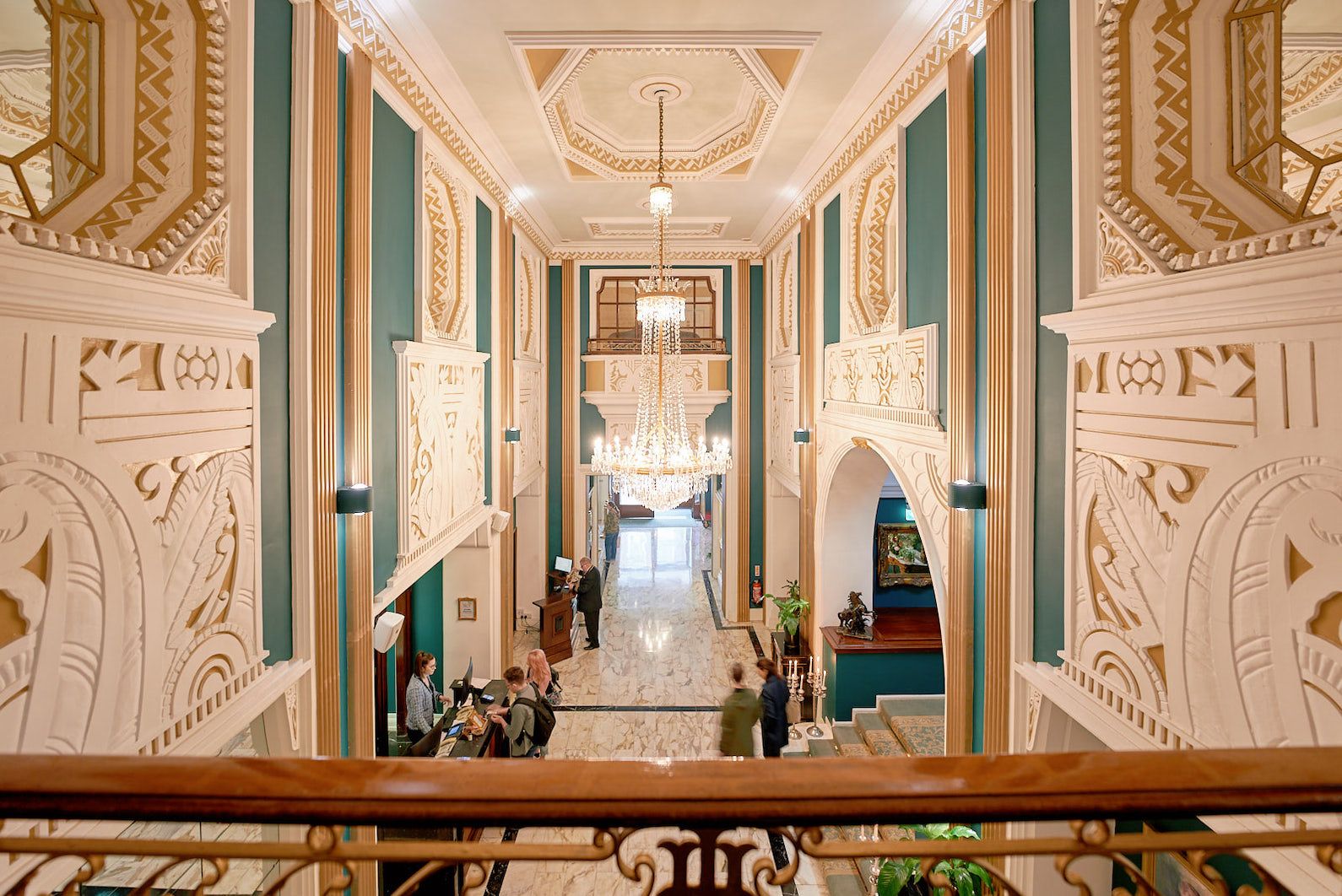 Room number 115, where Collins stayed, will henceforth be known as the ‘Michael Collins Suite’ and has undergone a significant renovation in order to curate the historic connection in a luxury 1920s style.

When the suite is unveiled, relatives of Collins will be the first to sign the visitor book in the room.

The Imperial Hotel is a wonderful mix between history and the present day. Its facade remains close to what you see in the old photos while its lobby and bars drip in art deco and 1800s architecture. All the while the hotel couldn't be more up to date and with the times.

It's incredible to think that Michael Collins, the West Cork native, departed the Imperial Hotel at 6:15 am on Tuesday, August 22 1922 via Pembroke Street where the main entrance was at that time.

Traveling with Emmet Dalton in a yellow Leyland Thomas Straight Eight touring car, along with a small military convoy, they headed to Macroom, Crookstown, Bandon, Clonakilty and Skibbereen. 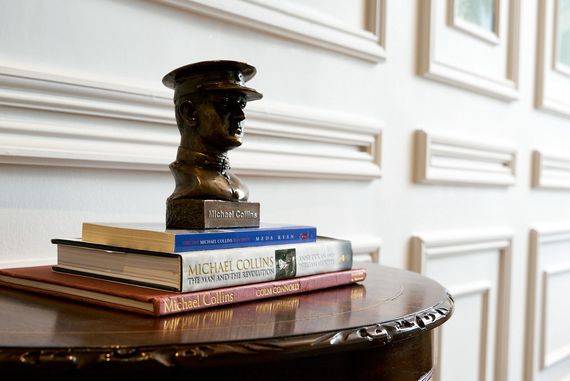 A bust of Michael Collins in his suit at the Imperial Hotel, Cork.

The convoy was ambushed by anti-treaty forces at Béal na Bláth just before sunset, at 7:30 pm where Collins was fatally wounded. He was initially transferred to the armored car and then the touring car for the somber return journey.

Collins's body was brought back to the Imperial Hotel where he was examined by a military doctor and formally pronounced dead. He was tragically just 31 years old at the time of his death.

Commenting on the centenary, Allen Flynn, owner of the Imperial Hotel, said: “As a proud Irish family-run business, we at the Flynn Hotel Collection have the unique pleasure of owning and operating a number of historic properties including the Cork’s Grande Dame the Imperial Hotel.

"In its 206-year history, the hotel has welcomed famous and historic figures, but the Michael Collins connection is especially strong as he was a repeat guest and tragically spent his last night in room 115.

"It is a deep honor for us to pay tribute to Collins with a newly commissioned portrait and by turning the room where he stayed into the majestic Michael Collins Suite, which we hope will be met with his family’s approval and be a place for those who have an enduring regard for his place in history to stay in the future”

The Flynn Family (owners of the Flynn Collection of hotels which includes the Imperial Hotel) have commissioned a new portrait of Michael Collins by Irish portrait artist Mick O’ Dea from Ennis. This painting will be officially unveiled in the hotels spectacular lobby on Monday 22nd of August 2022 by Collins’ grandniece Fidelma Collins and grandnephew Aidan O’ Sullivan. The painting will be available to be viewed by guests and members of the public from that date forward.

On Sunday 21st August members of Michael Collins’s family will sit in for the screening of two documentaries which will be introduced by historian Bartle Darcy.

The first documentary will be the premier of the award-winning documentary called "The Collector" by Fionnáin Creative Arts and has a run time of 30mins.

The main feature will be a documentary called "Michael Collins The Final Days" directed by Marcus Howard. This has a run time of one hour.

Members of the public are welcome to also attend the screening which will take place in the ballroom at 6.30 pm but as spaces in the room are limited to 100 booking via the hotel is essential to avoid disappointment.

On the evening of the centenary, there will be a historical talk given in partnership with Cork City Library by Pól O’Murchu who is a grandnephew of Michael Collins.

The talk, titled "Michael Collins Himself" will focus on Collins the man rather than Collins the politician.will take place in Lafayettes at the Imperial Hotel at 6.30 pm on Mon, Aug 22 and anyone who would like to attend should register in advance.

Members of the public will have the option to pre-book a tour given by Denis O’Sullivan of Wild Atlantic Luxury Tours, which will depart the Imperial from the South Mall will follow the same route Michael Collins took on what would tragically be his final journey.

For any inquiries about staying at the Imperial Hotel visit www.imperialhotelcork.com.