The Cork Abolitionist Trail weaves its way through Cork City, stopping at the City Courthouse and the Imperial Hotel, where Douglass delivered powerful speeches to rapt audiences. 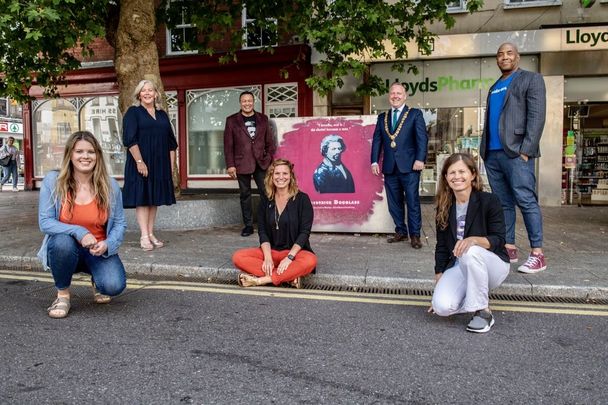 A descendent of renowned abolitionist Frederick Douglass has launched a historic trail through Cork City tracing Douglass's famous visit to Ireland in 1845.

Kenneth B. Morris Jr., Douglass's great-great-great-grandson, helped launch the 12-stop Cork Abolitionist Trail on Thursday morning, which weaves its way through Cork City, stopping at the City Courthouse and the Imperial Hotel, where Douglass delivered powerful speeches to enraptured audiences.

Douglass arrived in Ireland in 1845 as a 27-year-old fugitive slave and later described his four months in Ireland as "transformative" and the "happiest time of his life". 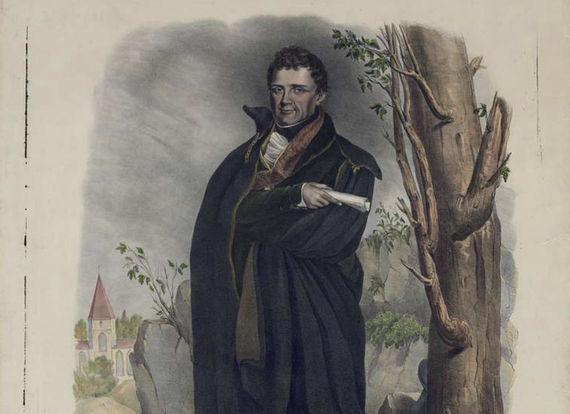 It was in Cork, however, where Douglass had his biggest impact thanks to his many lectures and speeches about the impact of slavery.

Created by Cork City Council and #DouglassWeek, the Cork Abolitionist Trail was launched at the Frederick Douglass Mural in Cork City by Lord Mayor of Cork Colm Kelleher, and Cork City Council Chief Executive Ann Doherty at 10 a.m. on Thursday.

Morris Jr. and Hamilton star Paul Oakley Stovall, who is in Ireland to research a television series about Douglass's famous visit in 1845, also attended the launch.

A self-guided tour of the trail will soon be available online, while there are also plans to include physical markers that will serve as points of reflection on the experiences of abolitionists in Ireland.

Speaking ahead of the launch, Morris Jr. said that he expected to become emotional while retracing the steps of his ancestor.

"I am so excited to be traveling back to Ireland and especially to  Cork, where my great ancestor found solace and friendship, and was a place so special to him. I know I’ll get emotional when retracing his footsteps on the same streets he trod over 175 years ago," Morris Jr. said.

Meanwhile, Paul Oakley Stovall said that the new trail would serve as a permanent reminder of Douglass's historic journey to Ireland in 1845. 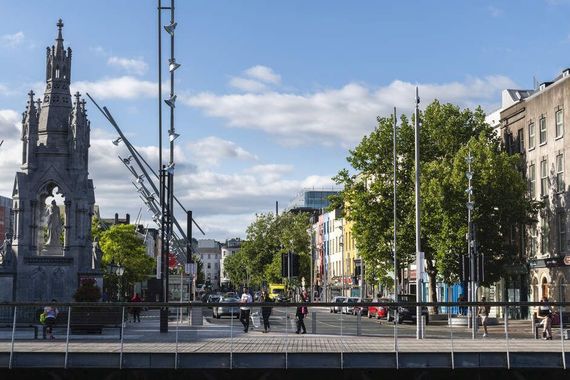 "The Cork Abolitionists Trail is a key element in sustaining the memory of this historical giant. It’s also an inspiration in the continuing development of my series about Douglass’s time in Ireland. My research has led me thus far to Belfast, Limerick, and Dublin of course, but it’s a particular thrill to be back in Cork with the #DouglassWeek team, and having Ken Morris join us is a dream come true," the Hamilton star said.

#DouglassWeek team leader and founder Dr. Caroline Schroeter said that the Cork Abolitionists Trail has been in the works for two years.

"The Trail has been a labor of love for our team for nearly two years and something we wanted to do during #DouglassWeek 2021 but couldn’t because of COVID-19. We’re really looking forward to continuing our collaborations nationally and internationally with Cork City Council, CIEE, and all our other fantastic partners in the months and years to come," Schroeter said.

The launch of the Cork Abolitionists Trail was also attended by about 20 "Frederick Douglass Global Fellows" - American university students of color who are in Ireland on a four-week study and leadership development program.

Minister for Foreign Affairs Simon Coveney welcomed the students to Ireland and said that they would be following in Douglass's footsteps 175 years after his famous visit.

"I am delighted to welcome the 21 brilliant young Frederick Douglass Global Fellows from the United States to Ireland. I wish them all the best for their visit during which they will follow in the footsteps of Frederick Douglass’ historic tour of Ireland 175 years ago," Coveney said.