International investors are attracted by the isolation, safety, "green appeal", and value for money of Irish islands compared to islands in the Mediterranean and the Caribbean. 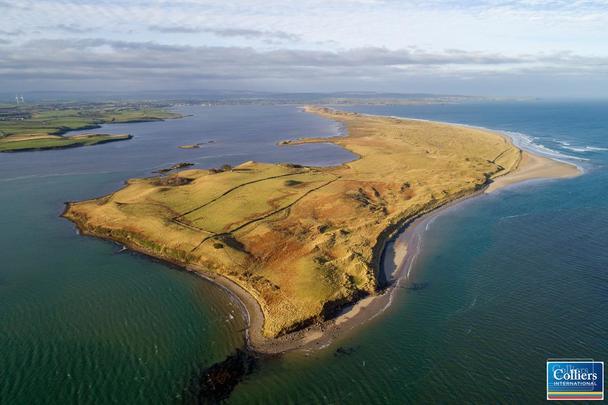 The sale of private Irish islands has exploded over the last five years among international buyers, according to a new report.

The Irish Independent reports that international investors are attracted by the isolation, safety, "green appeal", and value for money of Irish islands compared to islands in the Mediterranean and the Caribbean.

Auctioneers who specialize in the sale of private islands have revealed that Irish islands have never been more attractive to wealthy buyers, with a number of high-profile sales taking place over the past five years.

A total of nine Irish islands were listed on Private Islands Online (PIO) three years ago, but there are now just five listed for sale after a flurry of prominent sales in recent years.

One of the most prominent sales in recent years took place in 2020 when a Cypriot investor bought 157-acre Horse Island off the coast of West Cork for €5.5 million without ever setting foot on the island.

The island boasts its own six-bedroom luxury mansion in addition to six further guest cottages, a pier, helipad, and a games house with a sauna.

The island is among the most developed Irish islands to be sold in recent years.

Other prominent sales include the sale of the 123-acre Castle Island off the coast of West Cork in December 2020 and the sale of the Mayo island of Bartragh for €1 million in 2021.

English golfer Nick Faldo had previously hoped to convert the 440-acre island into a golf course, but the dream never came to fruition.

The island, which consists mostly of sand dunes, was sold to a European investor who reportedly hopes to convert it into an environmentally-sustainable farming operation boasting a luxury home.

Rabbit Island, West Calf Island, Mannion's Island, Shore Island, and Inish Beg all remain up for sale on Private Islands Online with prices ranging from €240,000 to over €1 million.