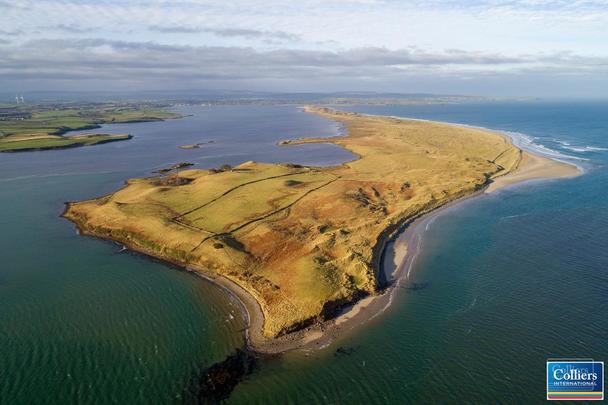 Nick Faldo's golf course dream dashed as Bartragh Island, off Killala Bay sells for over asking price to a family with interests in "wide-open spaces, oceanic vistas, and the substantial ruined period residence".

Once upon a time, it had been golfing champ Nick Faldo's dream to build a golf course on the picturesque 400-acre island of Bartragh, off County Mayo but now, after several years on the market it has sold over over the asking price of € 1.1 million ($1.28m). Its buyers have very different plans for this West of Ireland island.

Bartragh Island measures around 440 acres, most of which are sand dunes. It's located just 2 km (1.2 miles) off Killala Bay, on the north short of County Mayo. The island measures approximately 4.6km (2.85 miles) long and 0.5km (0.3 miles) wide.

There is a five-bay fronted Georgian Gothic house on the island, which is registered with the National Inventory of Architectural Heritage. However, it is said to be in a dangerous condition due to vandalism, weather, and livestock seeking shelter there over the years.

It's said that Nick Faldo had dreamed of building a golf course on Bartragh Island for decades but now a "family with major European interests", according to the Western People, has snapped up the Wild Atlantic Way property.

Sold by the agent Colliers, the buyer's interest was piqued “by its location, wide open spaces, oceanic vistas, and the substantial ruined period residence”, according to the Irish Times, and who could blame them. 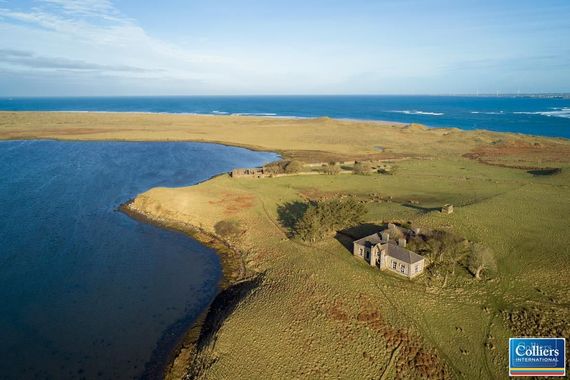 Callum Bain of Colliers told the Times “Bartragh Island is one of the more unusual islands brought to the market in recent years. The large and extensive sandy beaches surrounding the island, the sizable acreage suitable for grazing and the large derelict period house offer many varied possibilities for the property to the purchaser.”

The island's owners can be traced back to 1741 when it was leased by Dorothy Kirkwood, under a lease dated 1741. In about 1838, Captain Charles Knox Kirkwood, a midshipman during the Battle of Trafalgar, constructed the Gothic-style house, which remains today. He died in 1926 and is buried on the island. 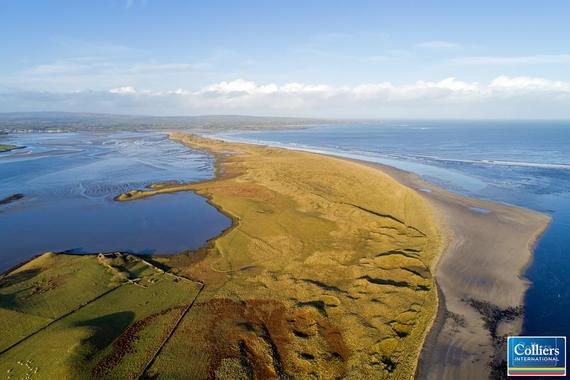 In about 1947, Captain McKenzie-Vermer bought the island. It was then sold to Captain Charles Wynne-Roberts in 1952. It was put up for sale in 1978 and eventually being purchased by a Mrs. Molloy in 1989. By this time the house had fallen into disrepair.

Most recently it had been sold to a company linked to the former world number one golfer, Nick Faldo, in 2003 for about £2.5 million ($3.41m). It was Faldo's dream to build a Ryder Cup class course on the site. However, his plans were blocked by ownership claims to the island, as well as opposition from conservationists. Bartragh Island is listed as a European Union special protection area for birds.

Collier's describes the property as "an island extending to approximately 170 ha, estimating the boundary based on the Mean High-Water Mark. The island is approximately 4.6 km long and about 0.5 km wide at the widest point. The island reaches a maximum elevation of approximately 26m above mean sea level.

"The lands are of mixed quality with the majority being sand dune type vegetation and rough pasture. Towards the eastern end of the island is an area of grassland extending to approximately about 15ha. The pasture land and enclosures surround the derelict main residence.

"The house has a 5-bay front with half dormer attic, Georgian Gothic single bay breakfront with main entrance porch and window over, circa 1838. Some renovations included, replacement hipped slate roof with concrete ridge tiles, and paired chimney stacks on axis with ridge with terracotta pots. Masonry elevations, with rendered monoliths piers to corners cantered on rendered battlement piers. uPVC rainwater goods on limestone eaves. The interior of the house has seen some refurbishment work with the partial dry ling having been applied. The house has suffered from vandalism and the actions of the weather and thus in now in urgent need of repair. The house is registered in the National Inventory of Architectural Heritage at reference No 31302216."