Ohio mansion, with replica of White House Oval Office, on the market for $1.85m

Located in the Cleveland suburbs of Kirtland Hills, the mansion features eight bathrooms, a swimming pool, a lift, and a games room in addition to the scale replica of the Oval Office. 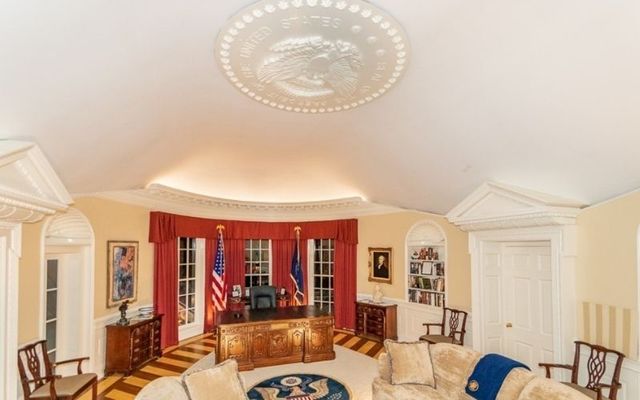 A magnificent six-bedroom Ohio mansion with a near-perfect replica of the Oval Office is on the market for $1.85 million.

Located in the Cleveland suburbs of Kirtland Hills, the mansion features eight bathrooms, a swimming pool, a lift, a games room, and "his and hers sinks" in the master bedroom.

It also features a white grand piano, a hot tub, a pool table, and giraffe statues. 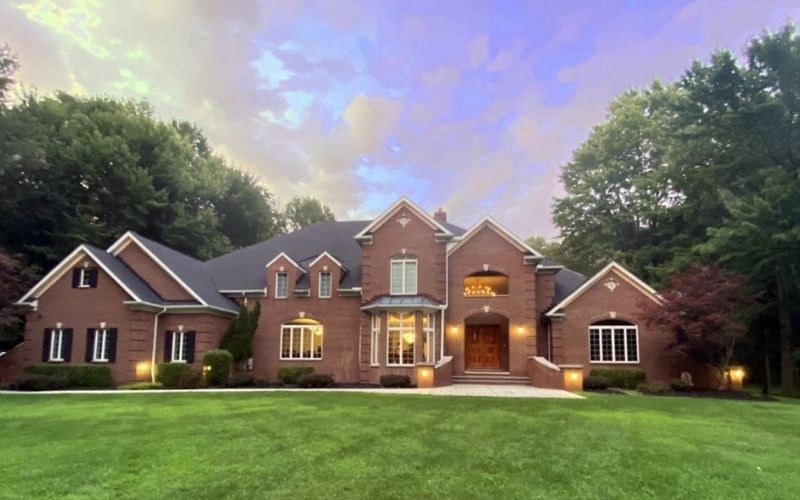 The house's main selling point, however, is a beautiful replica of the Oval Office located in its attic.

Jenifer Black, an estate agent with the Howard Hanna Real Estate firm that is selling the property, told the Sunday Times that the couple selling the house spent several years putting the room together as a retirement project.

She revealed that the previous owner based their Oval Office on several other replica Oval Offices that they visited.

The replica features lookalike flags, furniture, and portraits, while it also features a presidential seal embroidered on the carpet.

It also includes busts of the founding fathers in addition to a hardwood desk with ornate carvings and a coffee table between two cream sofas. 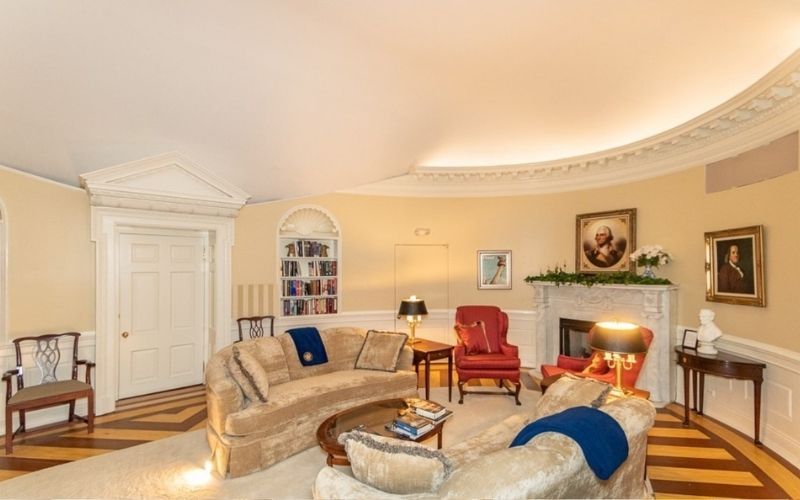 However, the replica office differs slightly from the official Oval Office in several areas.

It boasts maroon curtains rather than the cream ones located at the White House, while it features a portrait of George Washington instead of the Benjamin Franklin located at 1600 Pennsylvania Avenue.

Although the White House was famously designed by Irish architect James Hoban, the first Oval Office didn't appear until 1909 during the William Howard Taft presidency.

The first Oval Office was designed by Chicago architect Nathan C. Wyeth and lasted until 1934 when it was replaced by the modern office that still exists today.

The office was designed by architect New York architect Eric Gugler under the direction of President Franklin D. Roosevelt, who was dissatisfied with the size and shape of the original office.