Mannions Island was shortlisted for the crowdfunding group "Let's Buy an Island," who ultimately ended up purchasing a property in Belize. 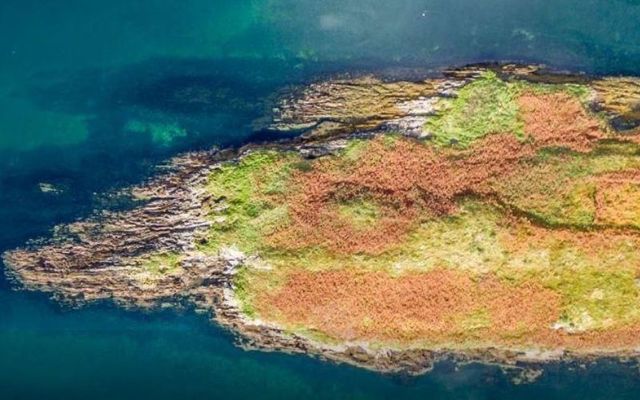 Mannions Island is just 200 meters off the coast of Cork. privateislandsonline.com

A beautiful island off the coast of Co. Cork is still for sale for just €150,000 ($167,000) after a crowdfunding initiative almost bought it and declared it a micronation.

Mannions Island in Dunmanus Bay in West Cork went on the market in 2020 and was almost purchased by a crowdfunded group named "Let's Buy an Island."

It means that the beautiful island in Dunmanus Bay is still on the market via Private Islands Inc for anyone who fancies owning their own Irish island paradise.

The four-acre island, which is 60 percent fertile, is located just 200 meters off the coast of Cork and a short journey from the nearest pier.

There are no structures on the island, which is uninhabited, and whoever buys the island would be responsible for installing sanitation, electricity, and housing.

"Let's Buy an Island" described Mannions Island as "subtropical," stating that the island is in a very sheltered bay under the influence of the Gulf Stream.

The group planned to use the island for glamping (glamorous camping) during the summer and prayer and meditation during the winter if they chose to buy the island.

The group additionally likened the island to Skellig Michael, an Irish island that appears in the recent installments of the Star Wars franchise.

"Think Luke Skywalker on that rock, or the monks of Lindisfarne, that sort of thing," the group said on its site.

The island ultimately purchased by the 'Let's Buy an Island' group in Belize has 237 citizens and has declared the South America island "The Principality of Islandia."

The concept started as a conversation between friends over two years ago and has snowballed into something far bigger thereafter.

"Let's Buy an Island" crowdfunded donations from 73 investors and plan to implement their own ideals of democracy, sustainability, and inclusion on the island. They also plan to turn "The Principality of Islandia" into a tourist attraction.

The group has become the first crowdfunded project to purchase its own island.

To sum us up! You pay to join, we then vote on which island to buy, buy said island, develop it, and make a micronation.

A bit the Simms on acid.

Check out our site to learn more about the worlds first crowdfunded private island. https://t.co/yozYPB7rYh