CLRG, An Chomhdhail, WIDA, and CRDM have called off their World Championship competitions in Ireland and the Netherlands due to coronavirus. 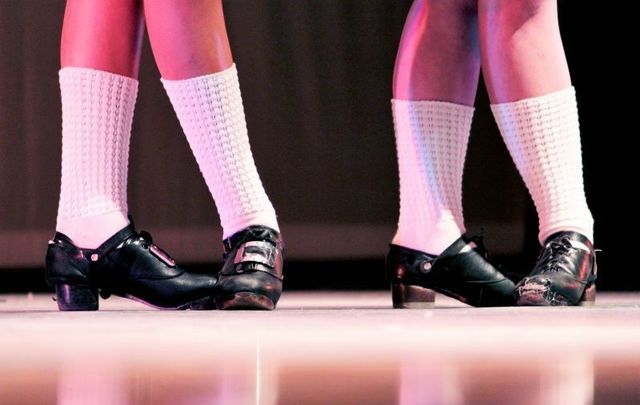 CLRG, An Chomhdhail, WIDA, and CRDM have called off their World Championship competitions in Ireland and the Netherlands due to coronavirus.

Update - 11:15 am EST, March 18: CLRG has shared the notice regarding the cancellation of its 50th Anniversary World Irish Dance Championships on its website.

The event was set to be hosted in Dublin from April 5- April 12.

Update - 10:30 am EST, March 18: In an email to members, CLRG has announced that "the 50th anniversary Oireachtas Rince na Cruinne (World Irish Dancing Championships) will not take place in 2020."

The organization said they were hoping for "guidance regarding the holding of large events post 29th March," the date in which the ban on large indoor and outdoor events is set to expire. However, on March 17, Taoiseach Leo Varadkar said in his State of the Nation address that restrictions will likely continue past that date.

Additionally facing "increasingly extreme travel restrictions," CLRG said: "we cannot hold off any longer in the hope of receiving official word from the Government that our event will not be allowed to go ahead."

"We must do everything we can to protect the vulnerable members of our community and do what we can to contribute to the social good."

Acknowledging both the logistical and emotional frustrations that are to come with canceling the event, CLRG says "it is our full intention to investigate every possible option for re-scheduling the 50th Anniversary event."

"All entry fees will be refunded over the course of the next couple of weeks," CLRG said while asking for continued patience in the coming weeks.

"Details regarding holding over qualifying positions will be issued once the Oireachtas Committee can come together."

CLRG said it is working with its designated hotel and accommodation blocks in hopes of delivering "relief" to attendees, but some hotels are offering refunds while others are not, a lack of uniformity which CLRG says is "disappointing."

"Our love and commitment to Irish dancing and culture has persisted throughout many challenges. We need to support each other at this time of repose in order to prevail over these extenuating circumstances."

CLRG said further updates will be posted on its website. The notice does not appear to have been posted on CLRG's website or social media at the time of this posting.

"Following further discussions with the HSE planned for Monday and Tuesday, our decision on OIreachtas Rince na Cruinne 2020 will be made on Wednesday MARCH 18th.

"Thank you for your patience."

Please see the www.clrg.ie news section for more updates as and when details are released. Thank you.

In a now-deleted statement that was posted yesterday, CLRG said: "In order to officially postpone or cancel our event, and to protect both attendees and the organisation from certain financial devastation, we are awaiting final official word from the HSE and Irish Government officials."

Update - 11:30 am EST, March 13: Cumann Rince Dea Mheasa (CRDM) has announced the postponement of its World Championships which were set to be hosted in Dublin from April 8 - 11:

The below was published on March 12:

An Chomhdhail, the second-largest competitive Irish dancing organization in the world, has officially called off their World Championships which were scheduled for Co Kerry next month.

In a statement issued on March 12, An Chomhdhail USA Branch said:

Official Update from An Chomhdhail regarding the cancellation of the 2020 World Irish Dance Championships.

An Chomhdhail is the second largest Irish dancing organization in the world with over 600 members worldwide and 28 international branches. Their World Championships event was set to be hosted at the INEC in Killarney, Co Kerry from April 4 to April 11 inclusive.

Not long after, the World Irish Dance Association (WIDA) announced that its World Championships have also been canceled.

We regret to announce that following today’s announcement by the Dutch government, we will need to cancel this year’s...

WIDA has over 140 schools in 21 countries. Its World Championships event was scheduled to take place in Veldhoven, Netherlands from April 16 - 19.

The announcements from An Chomhdhail and WIDA come after Taoiseach Leo Varadkar announced shutdowns across Ireland.

CLRG has not canceled its 2020 World Irish Dancing Championships

As An Chomhdhail and WIDA have announced the cancellation of their World Championships, An Coimisiún Le Rincí Gaelacha (CLRG), the world’s largest and oldest competitive Irish dance organization, said they are waiting on further guidance from Irish authorities regarding its 50th annual World Irish Dancing Championships, which are scheduled in Dublin from April 5 - April 13.

CLRG posted the below statement on March 12 to its Facebook page, but it appears to have been deleted at approximately 4:15 pm EST on March 12.

“CLRG Officials are working around the clock to bring you accurate updates and news about the World Championships.

“Global events are rapidly changing and we are working as quickly as possible to bring you accurate and timely updates. As per the news reports, yesterday travel restrictions were imposed between the US and continental Europe. Today the Irish Government imposed a lockdown in the country to extend at minimum through the 29th of March.

“In order to officially postpone or cancel our event, and to protect both attendees and the organisation from certain financial devastation, we are awaiting final official word from the HSE and Irish Government officials. At any point, if CLRG had arbitrarily and voluntarily cancelled, families would not have as many rights to recover their personal travel costs, and CLRG would also be placed in a position of great financial risk due to our many contracts for the event.

“UPDATED: For dancing teachers in Ireland, Italy and other affected areas: Please follow guidelines as set forth by local and national authorities in regards to quarantine and/or lockdown requirements. CLRG recommends that Irish Dancing classes and gatherings cease in affected areas based on the timelines and advice of government officials in your area.

“We are in constant communication with our solicitors and HSE officials to finalise our position. Thank you for your patience, we expect additional statements to be released as soon as possible.”

On March 11, CLRG shared a number of preventative measures members should be taking to prevent the spread of the virus:

Were you planning to travel to compete at An Chomhdhail's World Irish Dance Championships? Let us know in the comments.