As the White O' Morn cottage in Co Galway, famously featured in "The Quiet Man," reduces to a pile of rubble, campaigners continue to call for government action. 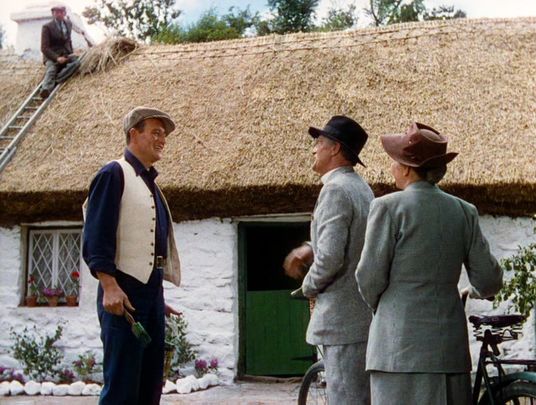 "The Quiet Man": A scene outside the White O' Morn cottage, including John Wayne, in the 1952 classic movie.

White O' Morn, the picturesque thatched cottage which plays home to Maureen O'Hara and John Wayne's characters in "The Quiet Man," remains a rotting pile of rubble despite decades of rumors around possible refurbishment and the fact that it's a "protected structure".

It was one of Maureen O'Hara's dearest wishes that the White O' Morn cottage, in Ternakill, Maam, Co Galway, which featured in "The Quiet Man," be restored.

However, the Irish thatched cottage, made famous by the 1952 movie classic has degenerated so badly that it has collapsed in on itself and is entirely overgrown.

Posted by Friends of 'The Quiet Man' cottage on Saturday, January 12, 2019

Paddy McCormick, who runs the White O'Morn Cottage Community Group, told IrishCentral that what's needed is action from its owner, a Canadian living in California, and the Galway County Council. After decades of inaction, it's hoped that public intervention could see their iconic cottage be brought back to life.

The White O’ Morn Cottage, in Ternakill, Maam, Co Galway, was the love nest of fiery Mary Kate Danaher and Sean Thornton (aka Maureen O’Hara and John Wayne) in the 1952 John Ford-helmed movie "The Quiet Man". The structure itself dates back to the pre-1820s. 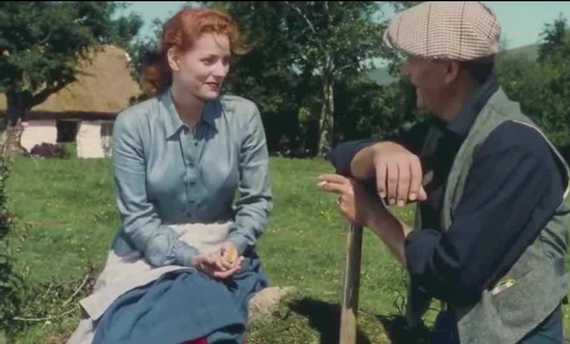 Maureen O'Hara and John Wayne outside the White O' Morn cottage in "The Quiet Man".

Since IrishCentral's founding in 2009, we've been trying to find out what, if any, plans there are for this historic structure. In 2019 we checked in with McCormick,  White O'Morn Cottage Community Group, and now three years on he sadly has the same to report.

"I do intend to try to raise public awareness of the plight of the cottage once again in the near future - and keep my personal promise to Maureen O'Hara to get the cottage restored," he told IrishCentral.

McCormick explained that as a legally "protected structure" under Ireland's national heritage guidelines it is the local authorities who must take action.

"Galway County Council in this instance has the authority to break the deadlock and action this. Under the legislation, the owner is legally obligated to stop further deterioration of the site and yet, after several years of further neglect, the Council has still done nothing to enforce their own unanimous vote to protect the cottage/site," McCormick said.

Gregory and Shirley Ebbitt are named on the title deeds as joint owners.  Gregory Ebbitt, who worked as a builder in the US.

In 2014 the Council issued its official guidelines on what a “Protected Structure” is. The cottage was unanimously voted to be classed as "protected".

However, the protection, in this case, the huge amount of restoration needed, must be carried out with the permission and knowledge of the building’s owner.

McCormick suggested that those who wish to see the house restored reach out to the Galway County Council and follow his group on Facebook here.

Galway County Council was approached for comment on the matter but has yet to respond.

In case you need reminding, here's "The Quiet Man" trailer: