From buskers to yodelers - What Ireland watched on YouTube in 2018 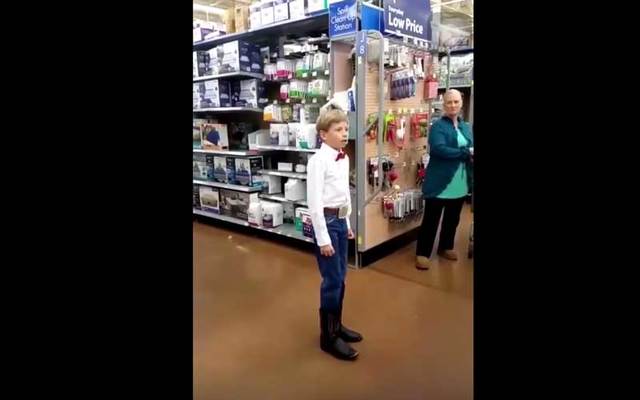 The most popular video of the year was of a 12-year-old American boy yodeling in a Walmart in Harrisburg, Illinois. The video of Mason Ramsey performing an a cappella version of the Hank Williams' song "Loveick Blues" for customers of the store became a viral hit almost overnight.

Read More: Most Americans have no idea how popular Irish country music is

The video led to a record deal with Atlantic Records and a month after he appeared on YouTube, he released his first single.

The second most popular video was of Kylie Jenner and her boyfriend Travis Scott introducing their daughter Stormi.

The appearance on the Ellen show of Allie Sherlock, a talented 12-year-old busker from Cork, took the third spot.

The "do you hear 'Yanny' or 'Laurel'" debate was what made fifth on the list.

This was followed by Ryan O’Shaughnessy, Ireland’s first Eurovision finalist for five years, performing his song “Together" and Johnny Sexton’s match-winning drop goal against France in the first of the year’s Six Nations matches.

In the final spot is 81-year-old Evelyn Williams’s version of “Send in the Clowns” on Ireland’s Got Talent.

Which was your favorite video of the year? Let us know in the comments section, below.