"I felt completely at home in Ireland... Except that doing the Irish accent was hard. It’s a hard accent to master and one that – even I can hear – often ends up being done horribly." 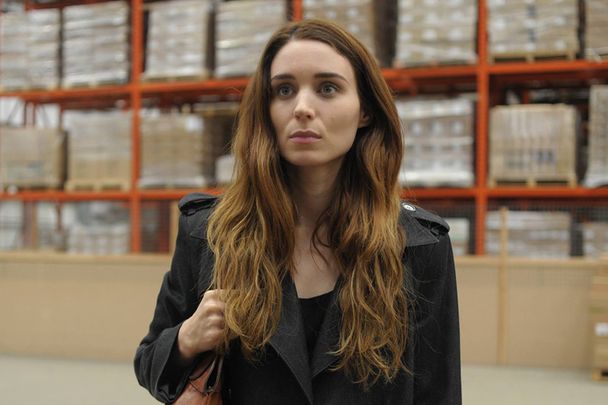 Rooney Mara is on the promotional trail, talking about her film "Una" that’s just been released in the U.K. (it comes to the U.S. next month).

The Irish American actress and daughter of two famous NFL families – the Pittsburgh Steelers Rooneys and the New York Giants Maras – spoke to The Irish Times last week about the film, which sees her playing a woman who was sexually abused by an older neighbor when she was 13, and confronting him about their relationship in her adulthood. (The trailer looks pretty intense.)

Rooney told the Times that she loved being in Ireland shooting "The Secret Scripture" with director Jim Sheridan.  That film, about a woman who keeps a diary detailing her stay in a mental home, has a release date of October 13.

“I felt completely at home in Ireland,” she says. “Except that doing the Irish accent was hard. It’s a hard accent to master and one that – even I can hear – often ends up being done horribly. Doing it was terrifying. Especially being on set with real Irish people.”

"The Secret Scripture" was filmed back in 2015, so its release is long overdue.  At the time Ireland was voting on the marriage equality referendum which overwhelmingly passed, and Rooney told the press that she was thrilled to be in her ancestral home on such a momentous occasion.

"The Irish people made me so proud, not just for holding the first referendum on the subject, but for how overwhelmingly they said yes to love," she said. "I will cherish the memory of being in Ireland at such a time."