Kevin Finnie says his foster parents told him he was the secret son of the Irish rock musician when he was seven years old. 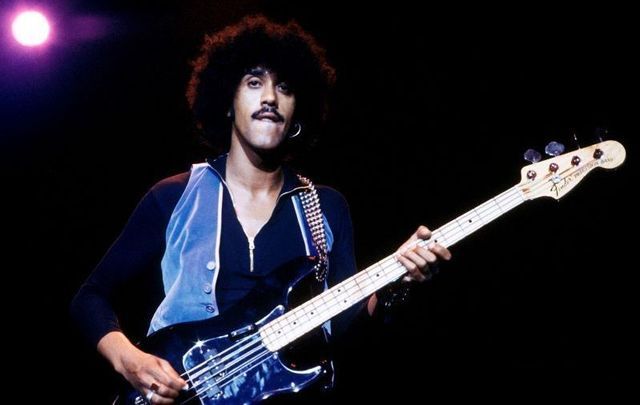 A 37-year-old man from Liverpool claims he is the son of Thin Lizzy frontman Phil Lynott.

Kevin Finnie says his foster parents told him he was the secret son of the Irish rock musician when he was seven years old. Now the father-of-four wants a DNA test to prove that the singer was his biological father, The Daily Mail reports.

“I have absolutely no doubt in my own mind that my father was Phil Lynott," said Finnie.

Lynott died in 1986 at age 36 from heart failure and pneumonia following a drink and drug binge. Finnie would have been four-years-old at the time.

Finnie was born to Michelle Delaney in Liverpool in November 1981. He was initially named Jesse Noordin, a surname he calls a “cover-up.” His father was not named on his birth certificate.

He was placed in foster care when he was four months old and never again saw his mother, who died in 2004. He says he believes his mother was paid to keep quiet about her son's famous father.

Finnie said his foster parents revealed his father's identity in 1988 by showing him a video of a Thin Lizzy concert.

“I would have spoken about this sooner, but I was very aware that Phil’s mother, Philomena Lynott, had been seriously ill up until her death, and I didn’t want to upset her in any way,” he told Dublin Live.

Philomena died in June 2019 from cancer.

The Thin Lizzy singer had two daughters, Sarah and Cathleen, with his wife Caroline Crowther who he married in 1980. In 2003, Galway-based sculptor Macdaragh Lambe, now 51, came forward claiming to be Lynott’s son. The family accepted him seven years later, including Phil Lynott’s mother.

“As life's gone on, I've thought about it more and more, and now I feel the time is right to tell the world that Phil Lynott was my dad,” said Finnie.

“I’m not looking to gain anything from this, I just want the truth to be known.”