Happy birthday to Teilifís na Gaeilge, now known as TG4, which was launched in Baile na hAbhann, Connemara on October 31, 1996! 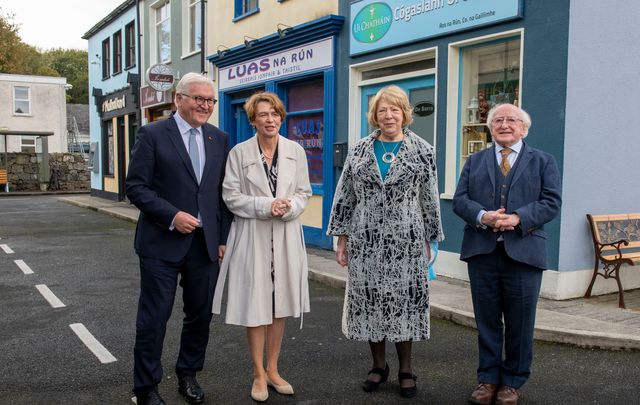 Taoiseach Micheál Martin has extended his congratulations to Irish-language television channel TG4 after it celebrated its 25th birthday on Halloween.

Teilifís na Gaeilge was launched on Halloween night, 1996 in Baile na hAbhann, Connemara following a message from then-President Mary Robinson and a display of fireworks, music, and dance.

The station changed its name to TG4 three years later.

The Taoiseach extended his "warmest congratulations" to the station as it celebrated a "very significant milestone" on Sunday evening, stating that the channel had played a "vital role" in Irish society over the past 25 years.

"For the last quarter of a century, TG4 has performed a vital role in Irish society, and has established itself as a distinctive and unique voice on Ireland’s media landscape. Its success over the past 25 years is a tribute to the commitment and dedication of its staff, management, and board," Martin said in a statement.

He said that the channel has provided its audience with a "vibrant mix” of local, national and international news and current affairs, entertainment, sport, and culture".

Meanwhile, President of Ireland Michael D. Higgins, who was Minister for Arts, Culture, and the Gaeltacht when the station launched in 1996, visited Connemara on Friday to mark the channel's 25th birthday.

Higgins was accompanied by his wife Sabina in addition to German President Frank-Walter Steinmeier and his wife Elke, who were in Ireland for a three-day state visit.

The two presidents visited the set of TG4's popular soap opera Ros na Rún as part of the visit on Friday.

Higgins noted that more than 100 languages are spoken in Ireland today and appealed to everyone to make a great effort to help protect the Irish language.