The message to both cultures is similar - hold onto your dancing shoes. 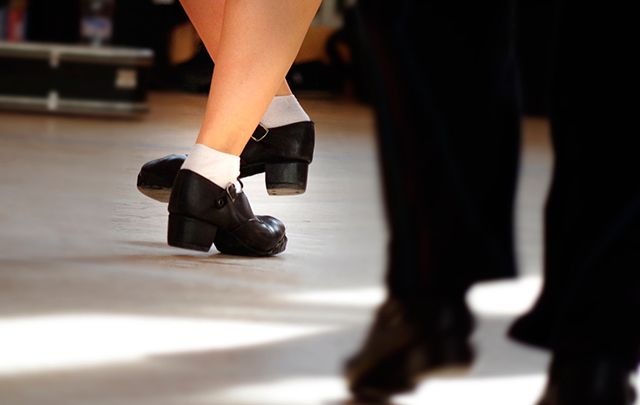 As a reminder of how marvelous that could be, the face-off that occurred in "Riverdance" between the two traditions is relayed here. Getty images

The relation between Irish dance and tap explained for National Tap Dance Day.

National Tap Dance Day falls on May 25 every year and is a celebration of the dance style as an American art form and bears a great resemblance to Irish dancing.

The concept has existed since 1989, so why not celebrate by exploring the unique similarities between the two dance styles?

Irish and African Americans came in chains and coffin ships to America, were forced to leave home villages and country, suffered vast discrimination on arrival in the US but clawed their way upwards.

Cheek by jowl they lived on Manhattan’s Lower East and West Sides, and to the horror of the miscegenation mob, who wanted no intermingling, often married.

From that mixing and marriage came some of the greatest dancing of all times.

No surprise that tap and Irish dance have so much in common, much of the modern version was born in these ghettos.

As a reminder of how marvelous that could be, the face-off that occurred in "Riverdance" between the two traditions is relayed here.

Meanwhile, Irish dancer Hannah Redlich has brought it all a step further - no pun intended - by Irish and tap dancing to music from the smash-hit musical “Hamilton”. Even Lin-Manuel Miranda was impressed, tweeting his support.

The message to both cultures is similar: Hold onto your dancing shoes.