Organizers of the South Boston St. Patrick's Day Parade are now looking ahead to 2022 events. 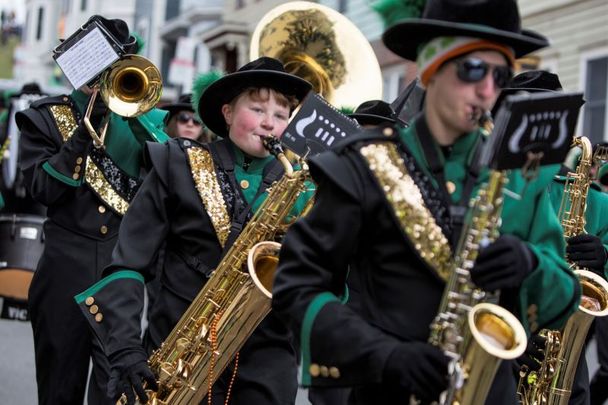 The South Boston St. Patrick's Day Parade, scheduled for March 14, 2021, has been canceled due to ongoing restrictions.

On Tuesday, January 19, organizers said in a brief statement on Twitter:

Due to ongoing state restrictions limiting outdoor public events to 25 people, the 2021 South Boston St. Patrick's Day / Evacuation Day Parade has been canceled. We look forward to finally seeing you all again in 2022.

Dave Falvey, the Commander of the South Boston St. Patrick’s Day Parade, told IrishCentral on Tuesday: “We had considered going virtual but after looking into it, we just didn’t feel there was the pay-off that would’ve made it worth it.

“It’s very disappointing to have two parades canceled in a row. Timing has not worked out in our favor. But certainly, an easy decision based on how things are. The priority is public health.

"We will certainly strive to have the best parade we’ve ever had in 2022 and will begin planning that now.

“We are sorry to disappoint those who look forward to our parade, as well as the South Boston business community.”

This is the second year in a row that the South Boston St. Patrick's Day Parade has been canceled. On March 9, 2020, just a few days before South Boston was to host its celebrations on March 15, Mayor of Boston Marty Walsh, himself the son of Irish immigrants, confirmed the cancellation.

"This decision is being made out of an abundance of caution to ensure that we are doing what is needed to keep the residents of Boston safe and healthy," Mayor Walsh said at the time.

According to organizers of the South Boston St. Patrick's Day Parade, Bostonians were the first to celebrate St. Patrick’s Day in North America. On March 17, 1737, as a gesture of solidarity among the city’s new Irish immigrants, Boston’s Irish community joined together in festivities of their homeland and to honor the memory of the below Patron Saint of Ireland. Banquets and parades to celebrate the occasion became common, with Boston’s early St. Patrick’s Day Parades occurring downtown by the Ancient Order of Hibernians.

In 1901, the parade moved to South Boston, a neighborhood that was not only home to a robust Irish community, but was the site of Dorchester Heights, where the evacuation of British troops from Boston on March 17, 1776 was made possible and is commemorated.

Each year, the parade occurs on the Sunday closest to March 17th, with a commitment to keeping alive the tradition of honoring heritage and service.

You can learn more about the South Boston St. Patrick's Day Parade here.